thyssenkrupp Marine Systems has officially handed over the second of four corvettes to the Israeli Navy. 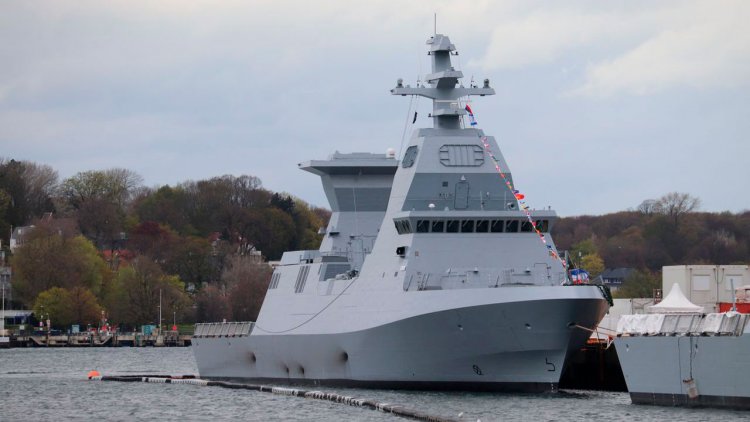 In the presence of Jeremy Issacharoff, the Israeli ambassador to Germany, his wife, Laura Kam Issacharoff, first named the ship “INS Oz”.

Subsequently, thyssenkrupp Marine Systems Managing Director Dr. Rolf Wirtz officially handed over the ship to the Israeli Navy in a ceremony that was kept small due to the pandemic. In the world of shipping, it is a favoured tradition to pass on the names of good ships. With the Israeli Navy, however, the “INS Oz” is the first vessel to receive this name.

“As the first ship in the history of the Israeli Navy with this name, the “INS Oz” will establish a new tradition. We are convinced of this here at thyssenkrupp Marine Systems, because she has everything it takes. We are very proud that, after the first-of-class, this is now the second vessel to receive this honour.”

The SA'AR 6-class corvettes will form the backbone of the Israeli Navy for the next 30 years. thyssenkrupp Marine Systems is building the ships in a joint venture with German Naval Yards Kiel. Rear Admiral Ariel Shir had arrived in Kiel for the occasion of the naming and handover:

“Today is a great and historic day for the State of Israel, the Israel Defense Forces and of course the Israeli Navy. This is a day when a vision becomes reality. A day when we can see this vision in all its grandeur, thanks to the hard work tirelessly contributed by so many.”

The contract for the delivery of four SA'AR 6-corvettes was signed in May 2015. After the design phase, the construction phase began with the type ship’s first cut ceremony in February 2018. Only 15 months after the first steel was cut, the ship was undocked. In May 2019, the “INS Magen” received its name in Kiel and was handed over in November 2020. The following two units of the series are also scheduled for delivery in 2021.

The Israeli Navy is itself equipping the corvettes with radar and weapon systems.

Principal dimensions of the SA'AR 6 corvettes: