Leading-edge software is being tested at sea against live missiles during the largest exercise of its type off the coasts of Scotland and Norway. 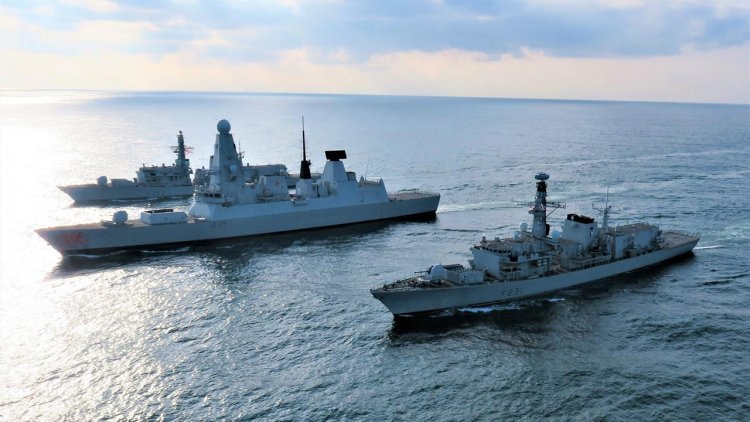 Involving more than 3,000 military personnel, Formidable Shield tests the ability of NATO warships to detect, track and defeat incoming missiles, from sea-skimming weapons travelling at twice the speed of sound just above the waterline, to ballistic missiles.

HMS Lancaster and Dragon are trialing artificial intelligence and machine learning applications which offer a glimpse of the future of air defence at sea.

Experts from the Government’s defence laboratory Dstl and industry partners from Roke, CGI and BAE Systems are using the three-week exercise to test their ‘Startle’ and ‘Sycoiea’ systems.

Startle is designed to help ease the load on sailors monitoring the ‘air picture’ in the operations room by providing real-time recommendations and alerts.

Sycoiea builds upon this and is at the forefront of automated Platform and Force Threat Evaluation Weapon assignment, effectively allowing operations room teams to identify incoming missiles and advise on the best weapon to deal with them more quickly than even the most experienced operator.

Although experiments with AI have been conducted before, this is the first time it’s been tested against live missiles, said Lancaster’s Weapon Engineer Officer Lieutenant Commander Adam Leveridge:

“Observing Startle and Sycoiea augment the human warfighter in real time against a live supersonic missile threat was truly impressive – a glimpse into our highly-autonomous future.”