The project will be one of the first river projects The Ocean Cleanup is undertaking while scaling up to tackle the 1000 heaviest polluting rivers in the world. 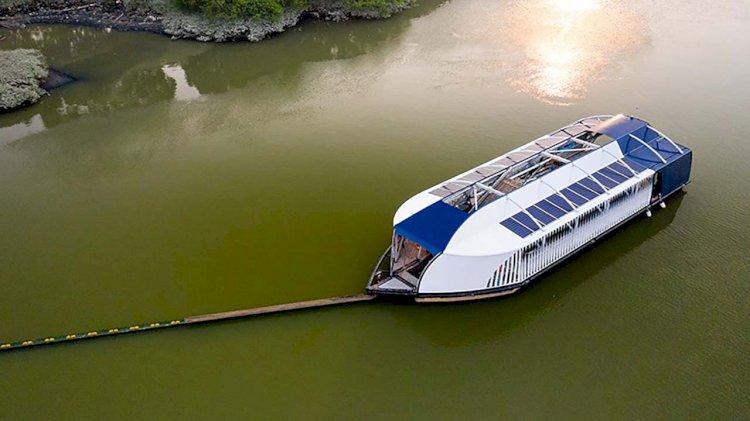 Funding will support the deployment of The Ocean Cleanup’s Interceptor at Kingston Harbour, Jamaica in a multi-year project – using advanced technology to close the tap and drive behavioral change in collaboration with Recycling Partners of Jamaica

The Ocean Cleanup, the Dutch non-profit organization developing advanced technologies to rid the world’s oceans of plastic, has announced it has been awarded $1M USD by the Benioff Ocean Initiative to stop plastic from reaching the ocean at Sandy Gully in the heart of Kingston Harbour, Jamaica.

The highly visible location, which is vital to Jamaica’s international tourism industry, will reaffirm the country’s strong commitment to protecting the environment and arm it with new capabilities to address the challenge. The project will be one of the first river projects The Ocean Cleanup is undertaking while scaling up to tackle the 1000 heaviest polluting rivers in the world. The project is expected to be initiated at the beginning of 2021.

The award to The Ocean Cleanup is one of nine granted by the Benioff Ocean Initiative, in a partnership with The Coca-Cola Foundation. Per research conducted by The Ocean Cleanup, Hunts Bay is Jamaica’s most polluted waterway, responsible for an estimated 578,000 kg of plastic flowing into the ocean each year, which equates to roughly the weight of 80 African elephants.

Boyan Slat, Founder and CEO of The Ocean Cleanup, said:

“To clean the world’s oceans, it is important, but not enough to collect plastic debris that has accumulated in the ocean; we must also stop new plastic from reaching the ocean. We are grateful to the Benioff Ocean Initiative and The Coca-Cola Foundation for their support and for recognizing the key importance of addressing rivers in solving ocean plastic pollution.”

In Collaboration with the Recycling Partners of Jamaica
For this project, The Ocean Cleanup will collaborate with the Recycling Partners of Jamaica (RPJ) to deploy an Interceptor, its scalable and solar-powered solution that is capable of capturing 50,000 kg of trash per day. RPJ will operate the Interceptor and ensure the environmentally sound disposal of all collected plastics and materials. Key national focus will also be placed on a robust communication and community education program that will encourage proper waste disposal and active recycling cultures. Additional funding to maintain the project will be secured through other partners. 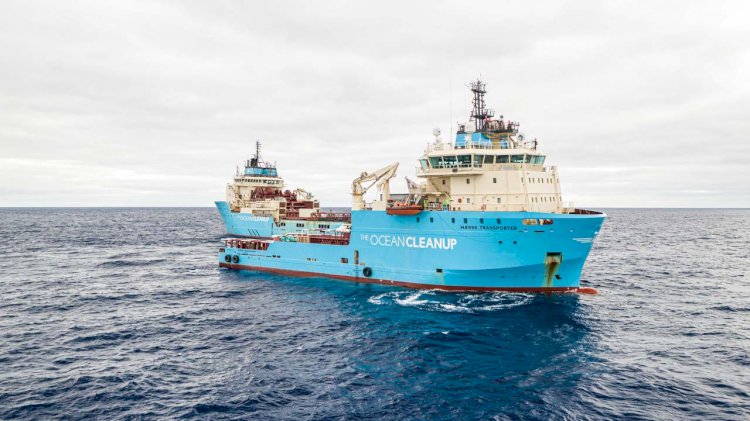 “Jamaica’s rivers and oceans are intrinsic to our landscape and livelihoods. By deploying an Interceptor from The Ocean Cleanup, we will remove a tremendous amount of garbage from Kingston Harbour before it has a chance to wash into the ocean, and at the same time greatly increase awareness of our efforts, further motivate our people to adopt new behaviors. We wish to thank The Ocean Cleanup and the Benioff Ocean Initiative for this opportunity to positively impact vital resources and our community.”

The project is part of The Ocean Cleanup’s ambition to stop plastic pollution at the source by tackling the 1000 heaviest-contributing rivers in the world. The Ocean Cleanup currently has Interceptors online in Jakarta (Indonesia) and Klang (Malaysia), and will soon start installation in Santo Domingo (Dominican Republic). Prior to Jamaica, Interceptor scale-up projects were announced for Vietnam, Thailand, and Los Angeles County (USA).

As part of The Ocean Cleanup’s research to map the problem, it was established that 1,000 of the world’s 100,000 rivers (1%) are responsible for roughly 80 percent of the garbage entering the oceans. The product of their global scientific measurement and modeling efforts has been visualized in an interactive map that is accessible here.