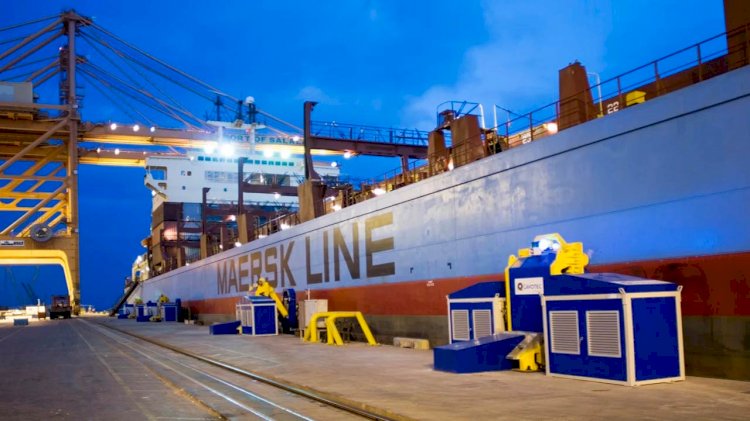 Port of Tallinn has signed contracts with maritime engineering companies Trelleborg and Cavotec for the instalment of automated mooring systems at quays 5, 12 and 13 of the Old City Harbour, which is used by passenger vessels serving the Tallinn-Helsinki route.

According to Peeter Nõgu, head of the infrastructure development division of Port of Tallinn, technological development has greatly contributed to the maritime sector, including the mooring processes of ships.

“The new automated mooring equipment installed in the Old City Harbour will fasten our mooring operations while also requiring less man-hours and contributing to environmental sustainability. The new systems are primarily used by the ships sailing on our busiest route between Tallinn and Helsinki, where every extra minute saved either at sea or in port is highly valued.”

The shipping industry uses either automated vacuum mooring or automated magnetic mooring systems. According to Peeter Nõgu, Port of Tallinn opted for a vacuum-pad based system, while the magnetic mooring systems are still at an early stage of development and usage. For this reason, the full impact of the electromagnetic waves on either a ship’s electronics or the surrounding environment isn’t yet fully known.

“The automated vacuum systems have a track record of almost 25 years, and their benefits are well known – the speed and safety of mooring, a positive effect on the environment due to the reduced use of ship fuel and a lesser need for human resources to manually moor the ship, thereby also providing a higher level of workplace safety,” noted Peeter Nõgu.

The new automated mooring systems will be installed by the end of 2020. Each quay will be equipped with six vacuum pads that will moor, hold and release the vessel. As the first vessel, Viking Line’s Viking XPRS will start using the new system in spring 2020, while Tallink’s shuttle ships and Eckerö Line’s vessel can utilise the automated system by the end of the year. Similar automated vacuum mooring system is also installed at Helsinki West Harbour.

The new mooring systems are being installed in the framework of TWIN-PORT 3 project and are being co-financed by the EU Connecting Europe Facility (CEF). It is a collaboration project between ferry operators (Tallink, Viking Line and Eckerö Line), the ports of Tallinn and Helsinki and the City of Helsinki for the years 2018-2023 with a total budget of 61.2 million euros. Port of Tallinn is investing a total of 15.8 million euros within the project.

Deepest dive in the Mediterranean Sea in a Triton 36000/2