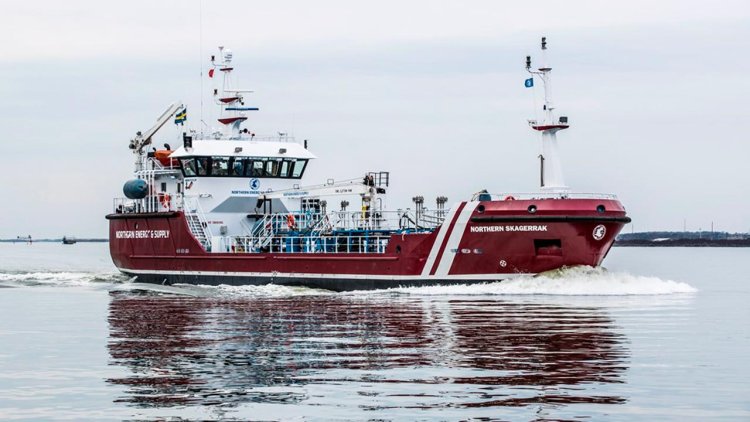 During the second quarter of 2022 the service ship Northern Skagerrak will be converted to hybrid operation. It will run mostly using electric power although there will also be an auxiliary engine that runs on the renewable fuel HVO.

Northern Skagerrak will collect oily engine room waste, known as sludge, from ships arriving at the Port of Gothenburg. The Gothenburg Port Authority procured the service from Northern Energy & Supply and the service ship will begin operating during the second quarter of 2022. The conversion will save 680 tonnes of carbon dioxide.

When the invitation to tender for sludge collection was issued, the Port of Gothenburg climate objectives were used as a starting point in the evaluation model. Carbon emission mitigation was one of the quality criteria applied when assessing potential service providers. Following collation and evaluation, the Northern Energy & Supply fossil-free solution proved to be the best option.

“Our aim at the Gothenburg Port Authority is to reduce carbon emissions at the port by 70% by 2030. Northern Skagerrak will serve around 6,000 incoming ships each year and the conversion to hybrid operation will be a significant step in the right direction.”

All ports in Sweden are obliged to receive sludge from ships arriving at the port. During operation, the vessels accumulate sludge, which is essentially wastewater containing a mixture of oil residue, cleaning agents, and solvents. The ships leave the wastewater to the port, then it is transported to a purification plant where oil and heavy-metal contaminants are separated from the water.

Chilean scientists study climate change at 'end of the world'

Enel X and Fincantieri commit to the energy transition...

New ferry line Baltic Link has been launched at the port...