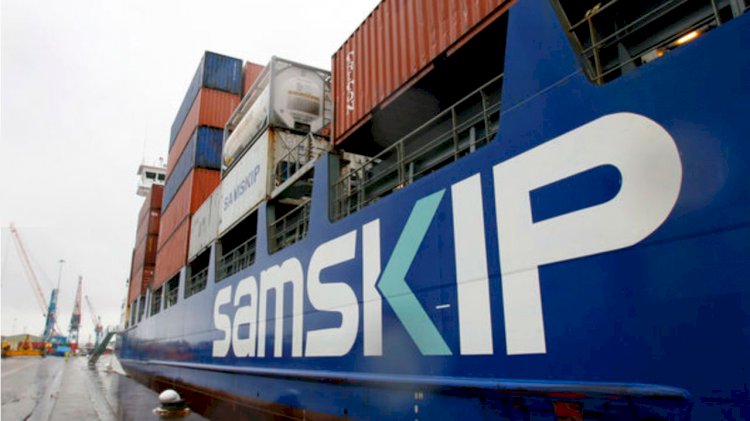 Samskip has launched a new, direct weekly service connecting Portugal and the UK, introducing its own vessel to sustain links between Tilbury, Lisbon and Leixões and its multimodal hub port of Rotterdam.The Netherlands-based group introduced a 1,000TEU container ship on charter from November 1. It will sustain a UK-Portugal transit times of five days, while continuing to offer four-times weekly services from Rotterdam to Leixões and weekly to Lisbon via space booked with other carriers.

The upgrade will allow Samskip to grow its Portugal-UK volumes by 30-40%, according to Lisa Westerhuis, Samskip Trade Manager Iberia.

“We have been building our multimodal presence in Portugal for over a decade through shortsea, rail and last mile road services. Now, Samskip is responding to growing UK-Portugal demand with its own ship: when new capacity is required, we seek solutions where reliability and efficiency is in our own hands.”

“The 45-footer is especially competitive with trailers at distances of up to 200km from the ports, including cross-border.”

He estimated that the 45ft market in Portugal today is four times what it was 10 years ago.

The last decade has seen Samskip build strong relations with Portuguese exporters to the UK, with food and drinks businesses a specific target for the new direct service. Southbound, the European Samskip multimodal network that feeds shortsea links out of Rotterdam was being boosted by Norwegian exports in transit after the integration of the company’s 2017 acquisition Nor Lines, said Paz da Silva:

“People are paying attention to shortsea for door-to-door services as never before and the timing is right to introduce a higher quality direct shortsea link. We also envisage this route as a platform for value added services, such as cross-docking and LCL, and a new opportunity to work hand in hand with Deepsea carriers.”

Westerhuis added that, as well as aligning with EU transport policy aspirations, the shortsea option is bringing significant CO2 emissions savings over its road competitor.

As the service launch is coinciding with continuing doubts over full Brexit outcomes, she emphasized that Samskip had added staff to customer services in Portugal and to its UK customs team, while its customs clearance expertise already covers key markets external to the EU, such as Norway.

IMO: Customs and ports urged to maintain flow of critical...

Yang Ming to launch the new ITS service

Industry and unions set out solutions to free seafarers...

Scientists conducted a study about cod movements in Norway

The project aims to create new knowledge on digitalization of Norwegian industry...

Together the companies will provide communication and project support services and...