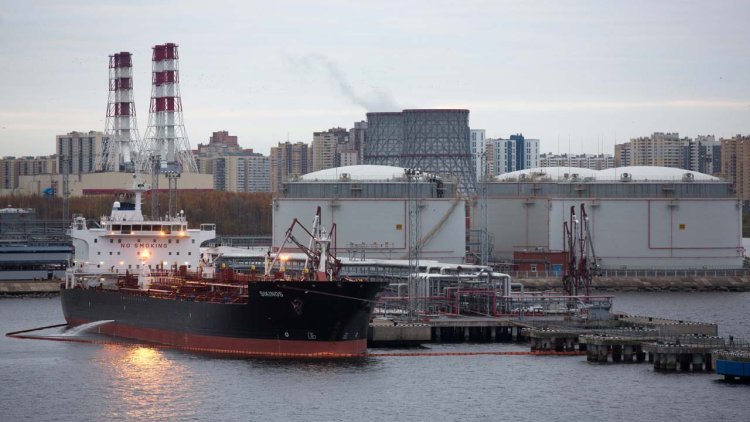 Many more Russian-flagged vessels than usual switched their flags to other countries in March, possibly to conceal their ties to Moscow and avoid being caught up in sanctions over the invasion of Ukraine, according to maritime consultancy Windward Ltd.

A total of 18 ships, including 11 cargo vessels from the same fleet, changed to non-Russian flags last month, Tel Aviv-based Windward said. That’s more than three times the monthly average for Russian vessels. It’s also the first time the figure has hit doubledigits, based on data going back to January 2020.

“Some of these instances may point to bad actors intentionally disguising their identity to conduct business that would not be allowed under the new sanctions,” Windward said in a report shared with Bloomberg News.

The flag switches come as Russian vessels from oil tankers to multimillion-dollar yachts owned by oligarchs have gone dark, turning off identification and location transmitting systems that should always be on while at sea. The practice helps avoid detection and can pose risks to maritime safety.

The U.S., U.K. and other allies have ramped up sanctions against Russia because of its invasion of Ukraine that began in late February. U.S. President Joe Biden issued an executive order on March 8 banning imports of Russian oil and gas, while the U.K. said it will phase out oil imports by the end of the year. Both countries, along with Canada, have also barred Russian ships from their ports.

“Foreign companies have different motivations for moving from the Russian flag, they want their vessels to be able to operate everywhere without restrictions and, in some cases for moral reasons,” said Windward product manager Gur Sender.

Of the 18 vessels, three are tankers -- two of which transport oil, according to Windward. Five that changed flags in March are connected directly to Russian owners. Eleven cargo ships are from the same fleet owned by a United Arab Emirates company, and they all switched flags to the Marshall Islands. Three vessels changed to Saint Kitts and Nevis flags.

Switching flags isn’t necessarily unusual -- it sometimes happens due to a change in ownership or area of operation, Sender said. The monthly average for Singapore vessels in 2021 was 17 flag changes, while Japan averages five per month this year. Those numbers remain consistent, however. Changes in Russia’s 3,300-strong fleet suddenly jumped, having never exceeded more than nine in any month going back to January 2020, Windward data show. 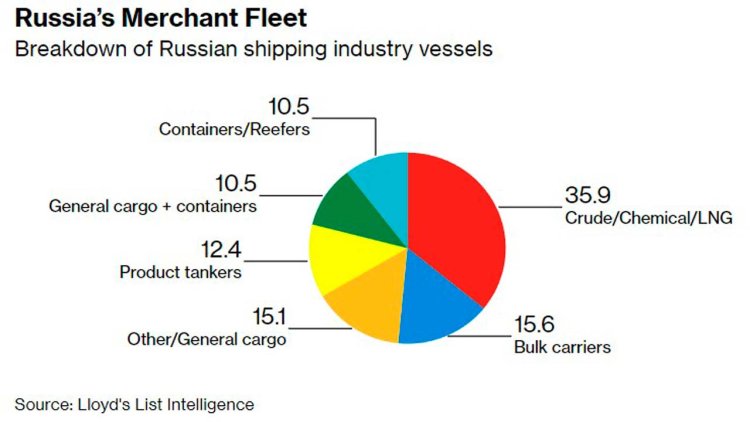 “What makes flag changes interesting is when they are taking place in correlation with trade restrictions against a specific country, especially when one of the management or ownership companies is in fact registered in that same restricted country,” Sender said.

In an advisory last May on deceptive shipping practices, the U.S. Treasury warned that “bad actors may falsify the flag of their vessels to mask illicit trade. They may also repeatedly register with new flag states (‘flag hopping’) to avoid detection.”

The practice is likely to become more common if the war in Ukraine continues, said Ian Ralby, chief executive of I.R. Consilium, a maritime law and security consultancy. Ships flying the flags of the Marshall Islands and the Caribbean nation St. Kitts and Nevis are less likely to draw attention and scrutiny.

“It’s all a clear attempt by Russian ship owners and operators to try to obscure the identities of the vessels,” he said. “They want to avoid detection.”