Given the large-scale accumulation of Russian troops on the border with Ukraine, these actions look very threatening. 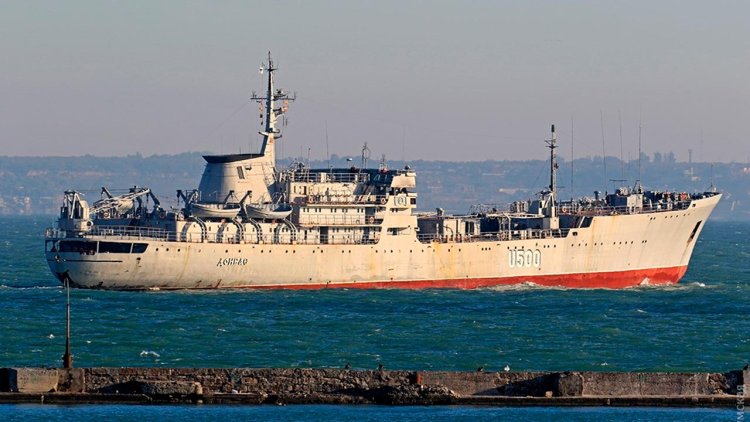 The ship "Donbas" of the Ukrainian Navy

The Russian Federation has issued navigational warnings about restrictions on navigation in the Sea of ​​Azov, in areas near the Ukrainian cities of Mariupol, Berdyansk and Genichesk. As of December 10, Russia has blocked almost 70% of the Sea of ​​Azov.

This was reported by the public relations service of the Command of the Naval Forces of the Armed Forces of Ukraine (AFU). The statement notes: 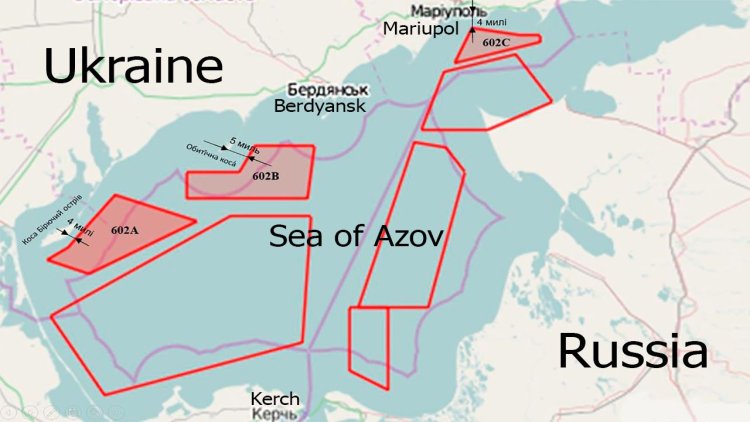 Russia explains its actions by the fact that it allegedly conducts artillery fire. Given the large-scale accumulation of Russian troops on the border with Ukraine, these actions look very threatening.

Recall that in early December, The Washington Post published an unclassified U.S. intelligence document on the Russian military movement. The authors of the publication said:

"U.S. intelligence has found the Kremlin is planning a multi-frontal offensive as soon as early next year involving up to 175,000 troops, according to U.S. officials and an intelligence document obtained by The Washington Post.

The Kremlin has been moving troops toward the border with Ukraine while demanding Washington guarantee that Ukraine will not join NATO and that the alliance will refrain from certain military activities in and around Ukrainian territory. The crisis has provoked fears of a renewed war on European soil." 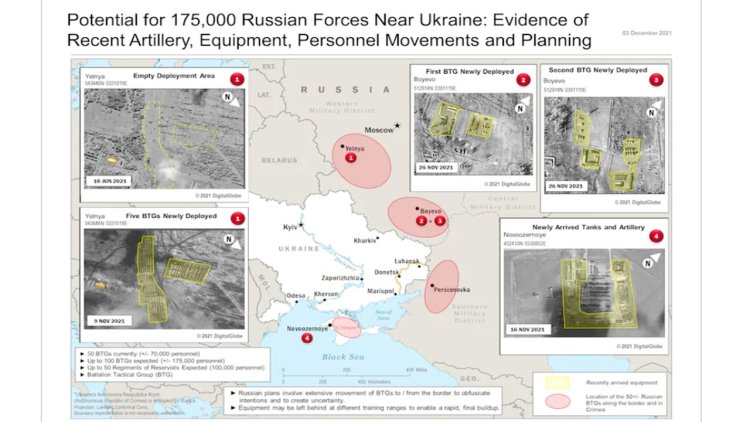 On December 9, the FSB of the Russian Federation made another provocative statement and accused the ship of the Ukrainian Navy "Donbas" of creating a threat in the Kerch Strait.

According to the FSB, on Thursday morning, the ship "Donbas" of the Ukrainian Navy withdrew from the raid on the port of Mariupol and went in the direction of the Kerch Strait.

"Applications by the Mandatory Resolutions in the Seaport of Kerch, approved by the order of the Ministry of Transport of the Russian Federation dated October 21, 2015, № 313, for the passage of the Kerch-Enikal Canal by the Ukrainian side, was not submitted."

Ukraine denies such allegations, as the Sea of ​​Azov is a watershed between Ukraine and Russia. Ukrainian ships have the right to stay there legally.

U.S. Embassy in Ukraine commented on the situation on Twitter as follows:

"The "Donbas" has every right to sail in Ukrainian waters. False allegations are part of its ongoing campaign to distract from its latest aggressive, provocative action. New, illegal restrictions in the Kerch Strait and the Sea of ​​Azov - yet another act of aggression against Ukraine. " 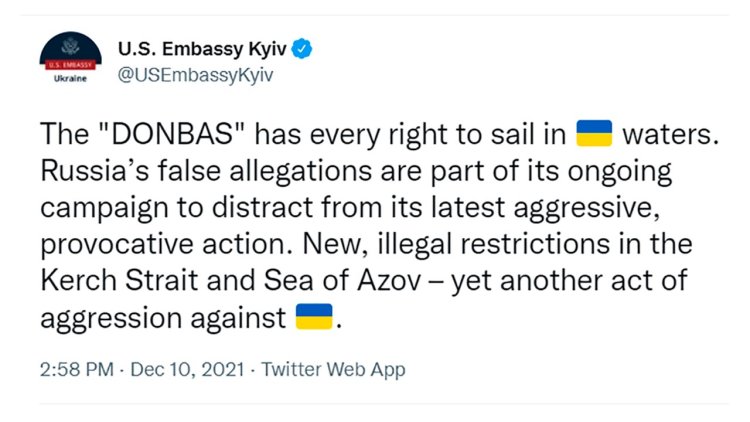 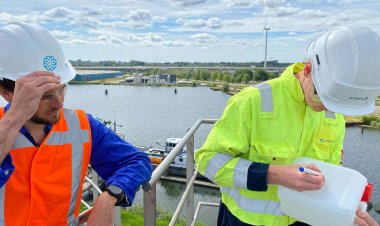 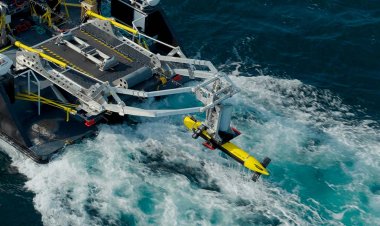 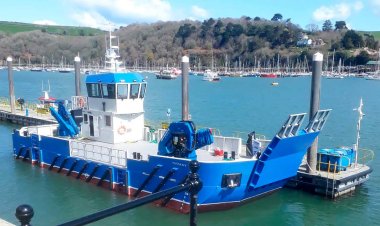 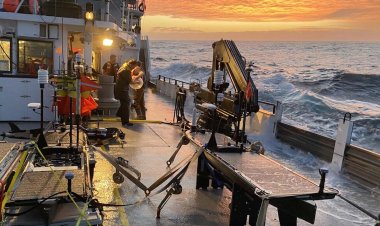 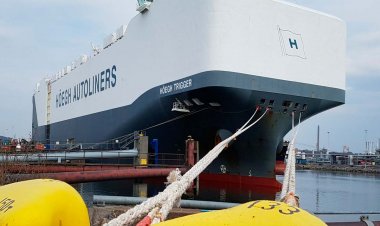 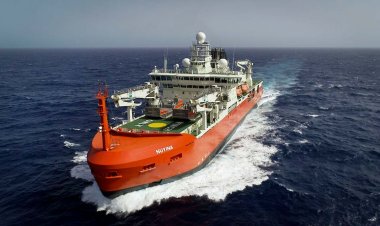 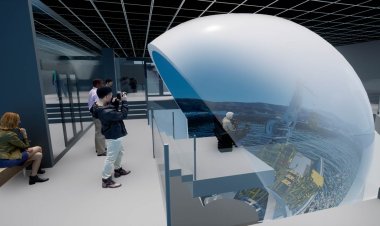 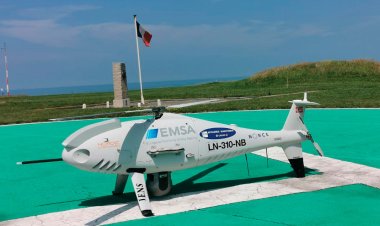 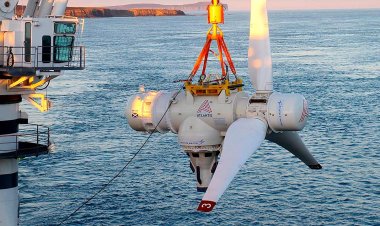 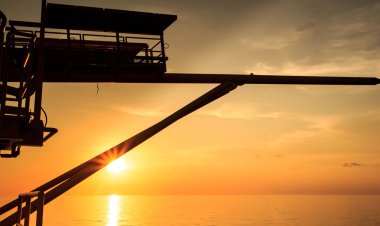