Britain’s new polar research ship has spent the past week breaking ice to reach Stange Sound on the English Coast. 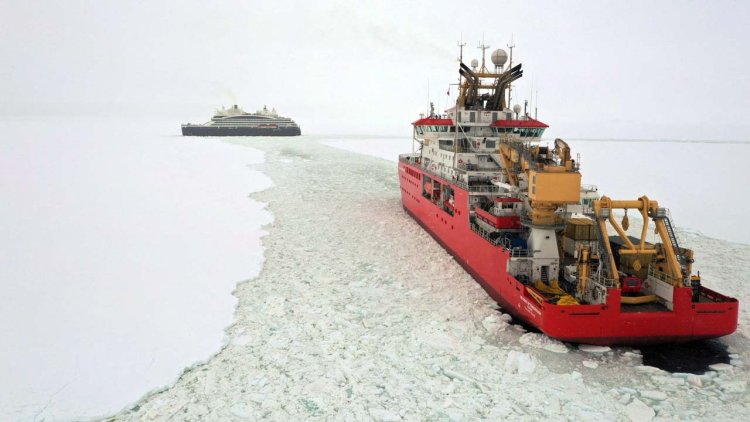 RRS Sir David Attenborough (SDA) has collaborated with the cruise ship Le Commandant Charcot in its efforts to deliver critical science cargo to the English Coast, Antarctica in support of the International Thwaites Glacier Collaboration.

The Le Commandant Charcot is a PC2 Polar Class ship and can break through 2.5-metre thick ice at a speed of three knots. It is currently in the same area as the SDA. The ship created a channel for the RRS Sir David Attenborough to sail through, before sailing to its next destination. The sea ice conditions close to the drop off point were even more unfavourable so, after some deliberation, the RRS Sir David Attenborough turned around.  The ship is now seeking an alternative drop-off location, approximately 150 nautical miles further round the English Coast.

“This joint exercise highlights the value and importance of collaboration and cooperation in Antarctica, where conditions are often changeable and demanding. The sea ice conditions around the English Coast are extremely challenging this year, and it’s great to work with the Le Commandant Charcot to remain on schedule”.