Gasunie and the Port of Rotterdam Authority intend to realise the new pipeline in a joint venture. 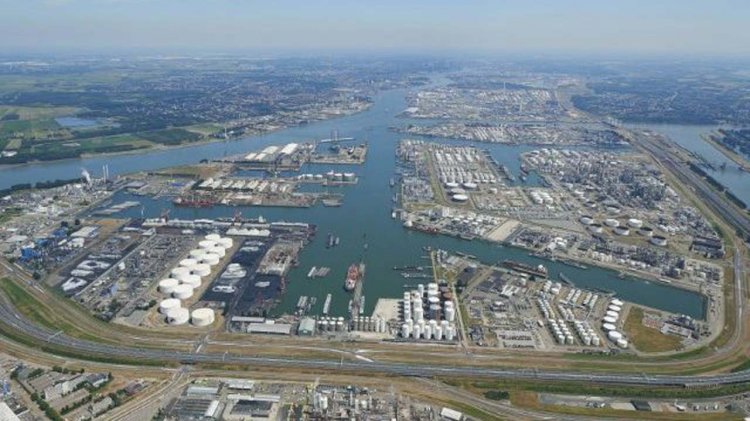 The hydrogen economy is quickly gathering momentum after Shell announced its plans to take a green hydrogen plant into operation as early as 2023. This plant will be constructed at Maasvlakte 2. From here, the produced hydrogen will be transported via a pipeline to Shell’s refinery in Pernis. Gasunie and the Port of Rotterdam Authority intend to realise the new pipeline in a joint venture.

The green hydrogen plant and the pipeline are part of a series of projects associated with the production, import, use and transfer of hydrogen in which the Port Authority is working together with a variety of partners. These concrete projects seamlessly tie in with the hydrogen outlook recently published by the Dutch government.

Allard Castelein, CEO of the Port of Rotterdam Authority:

‘We are currently expediting our plans to construct a public hydrogen network in the port area. The work on this backbone for Rotterdam’s industrial sector will be rounded off concurrently with Shell’s electrolyser. A main transport network like this can be used to connect producers and users. This in turn helps to create a market and boosts the production and consumption of hydrogen. Besides accommodating production, in the longer term Rotterdam will also play a crucial part in the import of hydrogen thanks to the realisation of multiple hydrogen terminals. Hydrogen promises to become the energy carrier of the 21st century. In Northwest Europe, we will not be able to produce sufficient hydrogen locally, meaning that a large volume will need to be imported. Rotterdam will play a central role in this process – similar to its current role in the oil sector. This allows us to reinforce the port of Rotterdam’s position as an important pillar of the Dutch economy.”

The Port Authority and Gasunie plan to jointly construct and operate the hydrogen pipeline, which will run parallel with the A15 motorway between Maasvlakte and Pernis. The parties plan to take the definite decision to greenlight construction in the first half of 2021. In the near future, Rotterdam’s hydrogen pipeline will be hooked up to the national hydrogen network developed by Gasunie.

Shell will be constructing its hydrogen plant at a dedicated industrial site realised by the Port Authority at Maasvlakte for electrolysers operated by various companies. Another project planned at this site is H2-Fifty (the construction of a 250 MW electrolyser operated by BP and Nouryon). This facility is expected to become operational in 2025. Situated on the coast of the North Sea, this special industrial site (named a ‘conversion farm’) uses offshore wind power to produce hydrogen. The hydrogen produced at the plant will be transported to users via a pipeline.

Apart from these two mega electrolysers, various companies in the port area are working on plans for smaller models with capacities ranging from 5 to 100 MW (for the sake of comparison: the largest electrolyser currently operating in the Netherlands has a capacity of 1 MW). In addition, a consortium is working on plans for the production of the hydrogen variant known as blue hydrogen. The objective within this H-vision project is to produce hydrogen from gas sourced from refineries or natural gas, while capturing the carbon released by this process and storing it under the North Sea seabed. The large-scale production of blue hydrogen could be set up well before 2030. By contrast, the production of green hydrogen via electrolysis requires a huge volume of green electric power – which will at any rate be in short supply for another decade.

Another project that has therefore been initiated is the realisation of 2 GW of extra offshore wind capacity (extra when compared to the existing plans for wind farms out on the North Sea) that will be reserved for the production of green hydrogen. This has been recognised as an option in the government’s Climate Agreement, and the Port Authority is currently conferring with the national authorities regarding the landing of this project. The electrolysers that will be sourcing this offshore power can be set up at the Maasvlakte conversion park.

The H-Vision project will yield around 2.2 to 4.3 Mt in carbon savings. The 2 GW electrolysis ‘conversion park’ will reduce carbon emissions by 3.3 Mt (based on the electrolysers running 8,000 hours per year, and compared to the production of grey hydrogen).

The Port Authority is also closely involved in various projects that are intended to promote hydrogen as a transport fuel – both in road haulage and inland shipping. In the road transport sector, parties are setting up a consortium that aims to have 500 trucks running on hydrogen by 2025. Inland shipping can also move from diesel to hydrogen. In the longer term, hydrogen can also be used to heat greenhouses and buildings – particularly locations that are less suited for heating via a heat network or a ground source heat pump.

Northwest Europe consumes far more power than can be generated locally from renewable sources. That is why the region is required to import hydrogen (or hydrogen bonds like ammonia) on a large scale. The national government has asked the Port Authority to map out the various options to import hydrogen from abroad, so the port of Rotterdam can retain its pivotal role in international power transport. Similar to how the port presently imports large volumes of oil and coal for the Netherlands, Germany and Belgium, in the near future, Rotterdam will serve as a major hub for renewable energy flows. 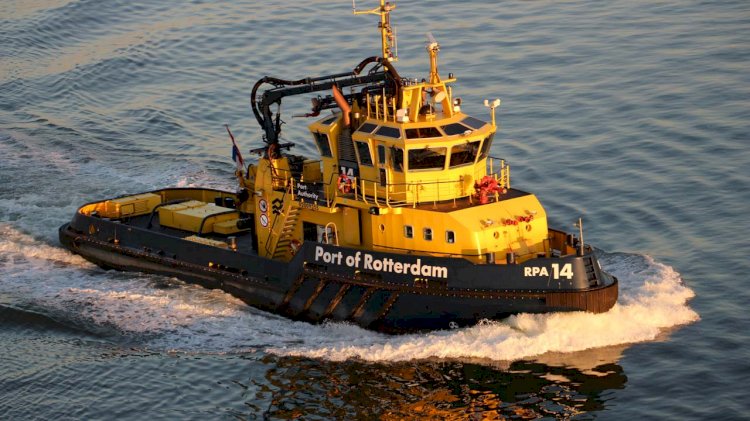 The domestic demand for hydrogen is expected to increase to approximately 14 Mt per year by 2050. If half of this volume is sourced via Rotterdam, the port will be handling some 7 Mt in throughput. According to prognoses, there will also be a sizeable demand from neighbouring countries (and specifically Germany) for hydrogen via Rotterdam: approximately 13 Mt by 2050. This puts the required volume of hydrogen produced or imported in Rotterdam at 20 Mt. This volume would require 200 GW in operational wind farm capacity. The Dutch section of the North Sea currently accommodates 1 GW in wind farm capacity. This can be increased to 60-70 GW by 2050. The lion’s share of the required hydrogen will therefore need to be imported. This calls for import terminals and pipelines similar to the facilities that have been set up for oil and oil products. From 2030 on, forecasts therefor include the large-scale import and transport of hydrogen to the hinterland – to raise the sustainability of industrial activities in Geleen and North Rhine-Westphalia, among other things.

The Port of Rotterdam Authority recently drew up a hydrogen outlook that describes and quantifies the aforementioned trends. This document is based on a series of studies performed by various large corporations and Dutch and international organisations in the energy sector.

Hydrogen resembles natural gas as an energy carrier: it is gaseous and generates exceptionally high temperatures during combustion. This makes it eminently suited as a fuel for industrial processes and transport. But it can also be used as a base material for the production of all sorts of plastics that are currently still made from petroleum.

Hydrogen is a sustainable alternative to natural gas. It can be separated from natural gas – during which the carbon dioxide released by this process is captured and stored in the North Sea seabed. This yields what is known as blue hydrogen. Another way to produce hydrogen is by separating water molecules (H2O) into H2 and O with the aid of electric power – from renewable sources or otherwise. This product is called green hydrogen.