Port of Rotterdam to start trial with PIN-free container handling

This week, various parties in Rotterdam will be launching a new pilot project, in which containers are handled and released without a PIN code: a widely used verification method in this transport segment. 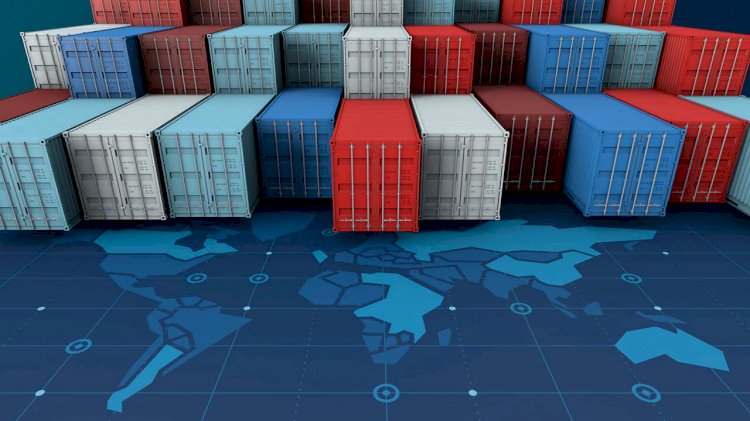 The project revolves around a new application, Secure Container Release, which replaces the PIN code with a digital signal: a solution that is significantly less susceptible to fraud. It is not only intended to make container handling more efficient, but also safer. Participants in the three-month trial include CMA-CGM, Hapag-Lloyd, MSC, ONE-Line, Hutchison Ports ECT Rotterdam, Rotterdam Fruit Wharf, Milestone Fresh, VTO, Portmade and the application developer T-Mining.

Every year, millions of containers are unloaded in the port of Rotterdam, from where they are forwarded to destinations in the hinterland. Collecting these containers in the port is a complicated process, during which shipping companies, freight forwarders, transport firms and terminals need to work closely together to ensure the swift and safe release of this freight. And as a procedure, it also entails a number of risks.

Emile Hoogsteden, Director of Commerce of the Port of Rotterdam Authority: ‘By taking advantage of new technologies, we can make our port operations smarter, swifter, more efficient and safer. The current pilot project is a good example. During this project, the different participants will be using a blockchain application that enables them to safely and efficiently organise the release procedure followed by the various parties in the chain.’

Drivers who plan to collect a specific container at the terminal need to have a valid pick-up right. This authorisation is issued by a shipping company. The freight forwarder subsequently orders a transport firm to retrieve the container at the terminal. In the existing arrangement, the pick-up right is confirmed to the terminal by means of a PIN code. This procedure requires a range of manual actions from a number of different parties. Any hitches or errors in the release process can lead to a waste of time, complaints and aggravation among clients and partners, as well as possible opportunities for fraud. The application tested in this trial could replace PIN-based authorisation altogether. 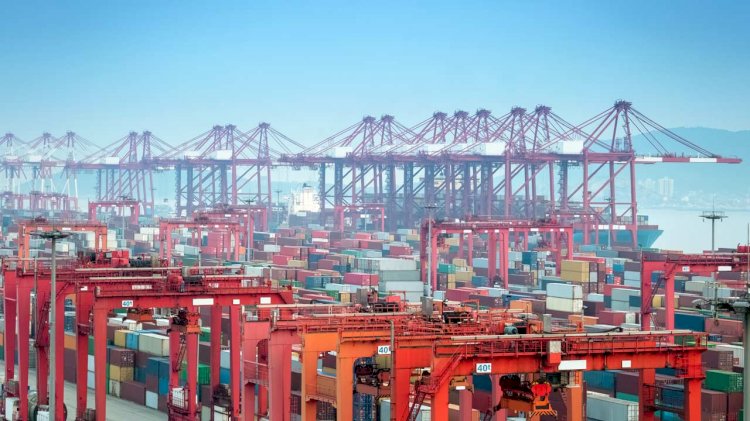 The current pilot project will be testing how best to improve the safety of the container release process throughout the chain, from the shipping company to the end user. The application is based on blockchain technology. In terms of safety, it can be compared with banking applications – ensuring that the data involved remains exceptionally secure.

During the pilot project, the pick-up rights for the import of containers will be converted from a PIN code into a digital token with the aid of a blockchain-based application. You could compare it to a relay race: the token is a kind of digital baton that smoothly passes from one party to the next. Blockchain technology prevents this authorisation from being stolen or copied along the way. This makes the release process safer for everyone in the chain who is involved in the process.

Moreover, the terminal operator can rest assured that the container has been released to the correct driver. After all, there’s only one valid token. Another advantage to this procedure is that it doesn’t reveal who has previously processed the token – meaning that third parties don’t have access to potentially confidential information about commercial relationships. In fact, even T-Mining, the Antwerp-based start-up responsible for developing this solution, won’t be able to review this information. T-Mining was selected for participation in the PortXL accelerator programme earlier this year, and is currently working together with companies in Rotterdam and the Port of Rotterdam Authority on the practical execution of this pilot project.

Neptune Energy has announced it has agreed to acquire interests from Eni in the...

Equinor has agreed to sell a 40.8125% interest in and transfer operatorship of the...

The €80 M award confirms the role of Prysmian Group in enabling the energy transition...