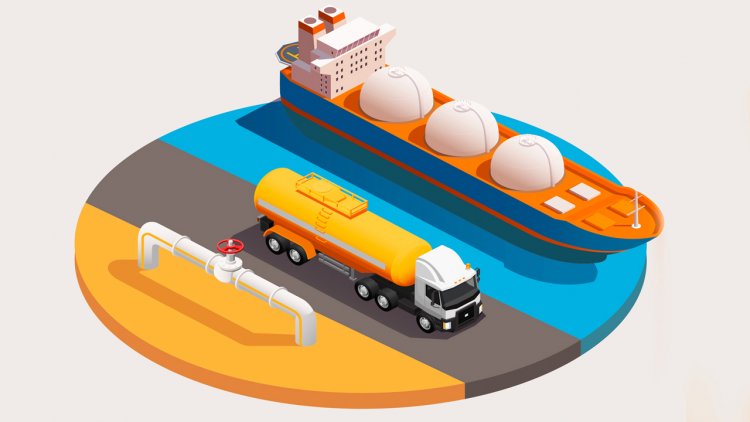 Polish Oil and Gas Company (PGNiG) received the fifth cargo of liquefied natural gas (LNG) at the Klaipėda LNG reloading station, operated by KN. During the first full year of its use, PGNiG loaded 327 tank trucks with a total volume of 5,856 tons of LNG for sale.

At the beginning of April, PGNiG unloaded approx. 3 thousand cubic meters of LNG originating in Norway. Cargo supplied by Gasum arrived by the Finnish tanker Kairos. It was the fifth gas supply to the Klaipėda LNG reloading station since April 1, 2020, when PGNiG started the exclusive use of the reloading station belonging to KN.

'Assessing this first year of cooperation with PGNiG, we can confidently state that our efforts to create value for the growing regional LNG market have brought tangible results. We hope that this cooperation, defined by the five-year agreement, will continue to promote the opening of even greater potential in the region, especially as we see efforts in Lithuania to open up the use of LNG as an alternative fuel to commercial road transport. In that sense, Poland is an inspiring example.'

Paweł Majewski, President of the PGNiG Management Board, commented:

'For PGNiG, the use of the Klaipeda station is an opportunity to expand into new markets in the small-scale LNG segment. Although still most of the loaded LNG tank trucks leaving from there are still purchased by customers from north-eastern Poland. In comparison to distance from Świnoujście, shorter routes between Klaipeda and recipients from this part of the country significantly affects the costs of transport, and therefore the price of gas supplied. Blue fuel is used not only by business customers. It also supplies LNG regasification stations in areas where the gas network does not reach. Our gas from Lithuania is also available at stations where LNG is refueled for heavy duty road transportation vehicles.”

So far, PGNiG has received in Klaipeda a total of approx. 8.4 thousand tonnes of LNG, which corresponds to approx. 127 GWh of energy. During the first full year of use of the station by the company, 92 percent the gas reloaded to tanker trucks was delivered to Poland, 6 percent to recipients in Lithuania, and the rest to Latvia. The contractors include PGNiG Obrót Detaliczny, for which LNG loads are carried from Lithuania by tanker trucks of Gas-Trading belonging to the PGNiG Group.

Mammoet lands the biggest-ever contract for the Arctic...