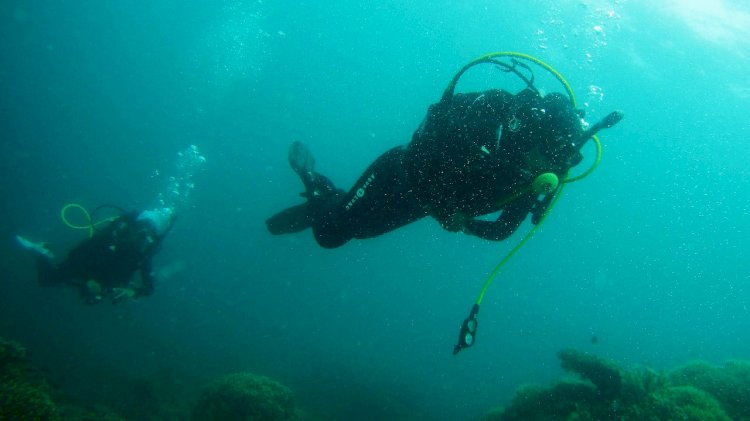 New research from Woods Hole Oceanographic Institution (WHOI) published Aug. 19, 2019,  in the Proceedings of the National Academy of Science provides evidence of the formation and abundance of abiotic methane — methane formed by chemical reactions that don’t involve organic matter — on Earth and shows how the gases could have a similar origin on other planets and moons, even those no longer home to liquid water.

Researchers had long noticed methane released from deep-sea vents. But while the gas is plentiful in the atmosphere where it’s produced by living things, the source of methane at the seafloor was a mystery.

“Identifying an abiotic source of deep-sea methane has been a problem that we’ve been wrestling with for many years,” says Jeffrey Seewald a senior scientist at WHOI who studies geochemistry in hydrothermal systems and is one of the study’s authors.

Of 160 rock samples analyzed from across the world’s oceans, almost all contained pockets of methane.  These oceanic deposits make up a reservoir exceeding the amount of methane in Earth’s atmosphere before industrialization, estimates Frieder Klein, a marine geologist at WHOI and lead author of the study:

“We were totally surprised to find this massive pool of abiotic methane in the oceanic crust and mantle.”

The scientists analyzed rocks using Raman spectroscopy, a laser-based microscope that allows them to identify fluids and minerals in a thin slice of rock. Nearly every sample contained an assemblage of minerals and gases that form when seawater, moving through the deep oceanic crust, is trapped in magma-hot olivine.  As the mineral cools, the water trapped inside undergoes a chemical reaction, a process called serpentinization that forms hydrogen and methane. The authors demonstrate that in otherwise inhospitable environments, just two ingredients⁠—water and olivine⁠—can form methane.

“Here’s a source of chemical energy that’s being created by geology.”

On Earth, deep-sea methane might have played a critical role for the evolution of primitive organisms living at hydrothermal vents on the seafloor, Seewald explains. And elsewhere in the solar system, on places like Jupiter’s moon Europa and Saturn’s Enceladus, methane produced through the same process could provide an energy source for basic life forms.

The Woods Hole Oceanographic Institution is a private, non-profit organization on Cape Cod, Mass., dedicated to marine research, engineering, and higher education. Established in 1930 on a recommendation from the National Academy of Sciences, its primary mission is to understand the oceans and their interaction with the Earth as a whole, and to communicate a basic understanding of the oceans’ role in the changing global environment. 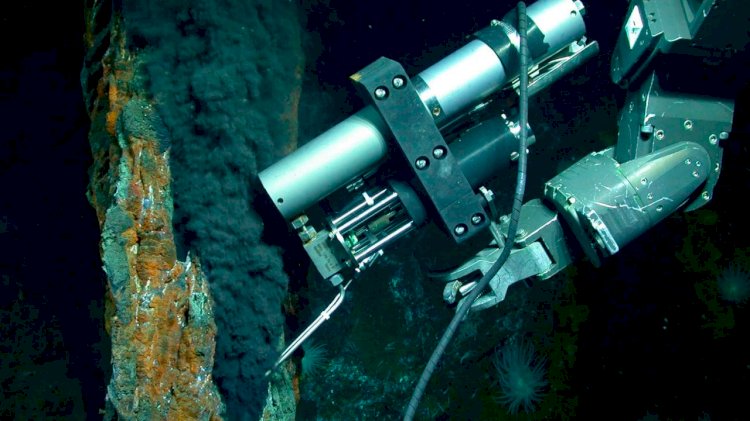 Photo: WHOI. The manipulator arm of the remotely operated vehicle Jason samples a stream of fluid from a hydrothermal vent. The fluid contains gases that are in liquid form because of the high pressure of the deep ocean.