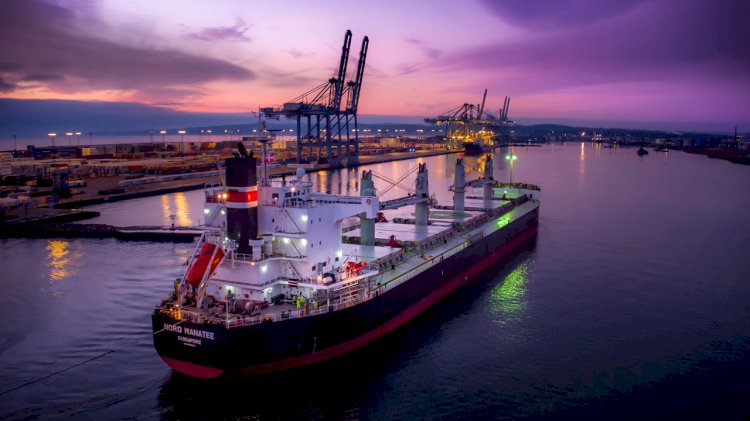 NORDEN has contracted with Enviva to transport 1.3-1.5 million metric tons of wood pellets from the United States to Europe over a 6-year period.

The Contract of Affreightment (CoA), which runs from 2021 to 2026, builds on NORDEN’s long-term collaboration with Enviva, which began in 2012 and expands the co-operation between the 2 companies.

“With Enviva being the world’s largest producer of wood pellets, we are delighted to further cement our good relationship and proud to be entrusted to once again deliver even more Enviva products to their customers across the Atlantic."

With the new contract, NORDEN now holds a number of long-running contracts with Enviva for the transportation of wood pellets across the Atlantic, all of which are carried out on Supramax vessels.

“Our collaboration with Enviva has enabled us to play a leading role in the fast-growing market for sustainable wood bioenergy, as an increasing number of electric power generating plants convert from coal to wood pellets in order to reduce their lifetime carbon emissions.”

NORDEN has also been awarded a 3-year contract with a power company in Hong Kong for the transportation of coal from Indonesia to Hong Kong.

The CoA, which runs from 1 January 2020 to 31 December 2022, will see NORDEN ship around 1.3 million tonnes of coal per year on Panamax vessels, an estimated 17-20 cargoes annually. Most of the volume loading will take place in Indonesia and the vessels will discharge into the Hong Kong power company’s coal terminal.

The power firm has been a good supporter to NORDEN over the years on both shorter running contracts (spot) and long-running CoAs.

Jan Rindbo in comment to the newly signed contract says:

“This is an attractive CoA for us as it increases our existing Panamax South East Asia presence and I would like to thank the company for their continued trust in NORDEN, allowing us to further build on our good business relationship.”