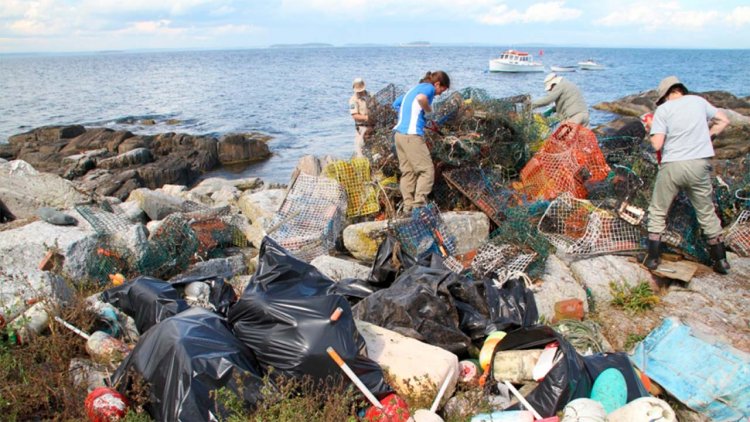 With the addition of non-federal matching contributions, the total investment in these marine debris projects is approximately $14.7 million. The grants, selected after a rigorous and competitive review process, are spread across 14 states and territories, as well as 8 international regions.

Among the projects selected are the removal of up to 17 abandoned and derelict vessels from the Hudson River Estuary, representing all known abandoned and derelict vessels in the estuary; the removal of more than 100 metric tons of debris, including derelict fishing gear, from Hawaiʻi, Kauaʻi, and Maui Islands; an assessment of how marine debris moves from the upstream areas of the Guánica Watershed to the nearshore coastal waters of southwest Puerto Rico; reduction of the amount of marine debris entering the Tijuana River from the Los Laureles Canyon tributary in Mexico; and the launch of the North American Net Collection Initiative to collect and transform end-of-life fishing nets into high-value consumer goods.

Approximately $4.1 million will support 10 marine debris prevention and removal projects in the Great Lakes, Gulf of Alaska, Gulf of Maine, Gulf of Mexico, Mexico, Mexican Caribbean, North America Pacific Ocean, Salish Sea, and Tijuana River estuary. The grantees will address common marine debris issues in Mexico and the U.S.-Mexico and U.S.-Canada border areas that impact the U.S. marine environment, including preventing or reducing the occurrence of marine debris, or removing marine debris from the environment.

Marine debris is not only a threat to wildlife in our ocean, Great Lakes, and waterways, but can adversely affect navigation safety and the economy. To address this growing challenge, the NOAA Marine Debris Program is dedicated to identifying, determining sources of, assessing, preventing, reducing and removing marine debris and addressing the adverse impacts of marine debris in our nation’s marine environment and Great Lakes. The Marine Debris Act authorized the NOAA Marine Debris Program in 2006 as the lead federal program for addressing the problem. This program was reauthorized in 2018 through the Save Our Seas Act, and recently amended by the Save Our Seas 2.0 Act of 2020.