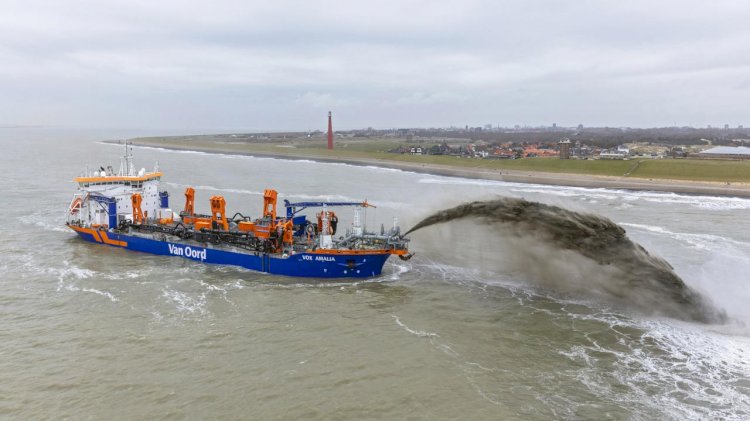 At Den Helder, the Netherlands, the brand-new vessel is reinforcing the coastline by placing more than 3.5 million cubic metres of sand in a deep trench just off the coast. The contract was awarded by Rijkswaterstaat, the operational arm of the Dutch Ministry of Infrastructure & Water Management.

The trailing suction hopper dredger has a length of 158 metres, a width of 36 metres and a load capacity of 18,000 cubic metres. The vessel was built in Spain on the instructions of Van Oord and is used for land reclamation, constructing or expanding port infrastructure and coastal reinforcement. In the next few weeks, the Vox Amalia can be admired from the North Holland beach and the dunes near Den Helder. 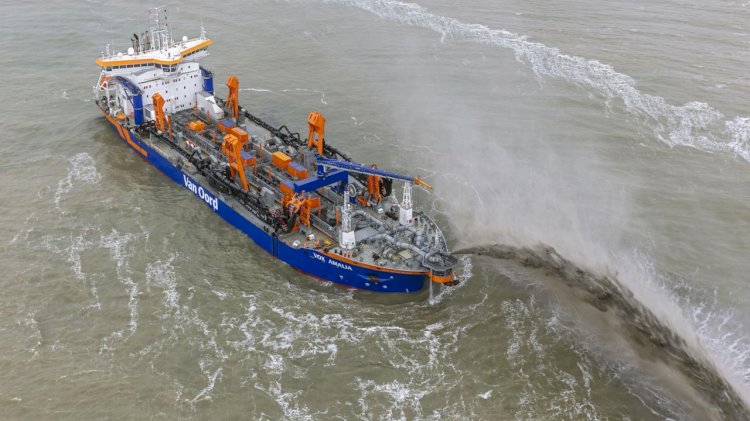 In December 2018, the vessel was christened by Her Majesty Queen Máxima in Rotterdam in the presence of 1,400 employees and guests during the celebration of Van Oord's 150th anniversary. Between April and October 2019, all systems and installations were gradually placed in working order. Recently the final trial took place. The vessel is part of Van Oord's new generation of trailing suction hopper dredgers with a focus on energy efficiency for the smallest possible carbon footprint.