C-Job created new concept design which evolved into the current basic design package of this fit for purpose dredger. 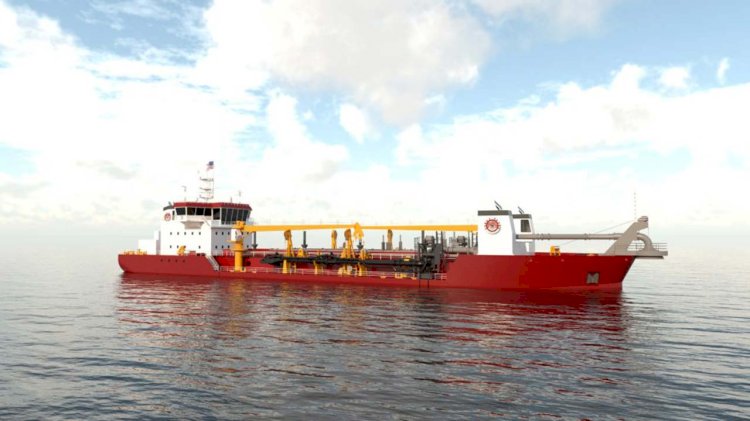 Great Lakes Dredge and Dock Corporation recently announced it has ordered a new build trailing suction hopper dredge. C-Job Naval has been involved in the design, co-creating the TSHD with a hopper capacity of 6,500 cubic yards.

GLDD called on C-Job to develop the trailing suction hopper dredge for beach nourishing and channel maintenance activities. Working closely together with the largest provider of dredging services in the United States, C-Job created the initial and concept design which evolved into the current basic design package of this fit for purpose dredger.

The basic design package is the information from which the vessel will be built by the LA based Conrad Shipyard, as announced by GLDD on 9 June. The dredge will be approximately 346 feet in length, 69 feet in breadth, 23 feet in depth and total installed horsepower of 16,500. The TSHD will have a hopper capacity of 6,500 cubic yards. 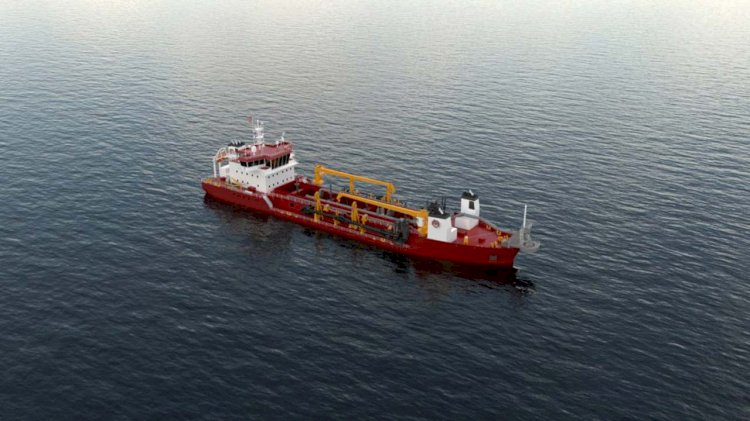 “Great Lakes continues to strategically invest in its dredging fleet. This highly automated new build vessel will increase the capabilities of our hopper fleet in the coastal protection and maintenance markets as well addressing specific needs in the growing offshore wind market.”

The TSHD boasts two suction pipes and has been specifically designed to be easy to build. The hull shape was kept relatively simple while incorporating hydrodynamic design optimizations. This will make the vessel easy to build while still being fuel efficient. In addition, the design is ballast free which will reduce investment and operational costs.

“At C-Job Naval Architects we believe the best designs come about in close collaboration with the client. From the start of this project, key members of the technical fleet managers were involved in the design process. Their feedback and those of the crew of which they were in close contact with were paramount to shape the design as it stands now.”

The vessel is scheduled to be fully operational by 2023.

The new platform strengthens the company’s position as global integrator of container...

The latest vessel of Kongsberg Maritime design to enter service, an 81.80m NVC 375...