Microplastics deposited on the seafloor have tripled in 20 years

The degradation status of the buried particles was investigated, and it was found that, once trapped in the seafloor, they no longer degrade, either due to lack of erosion, oxygen, or light. 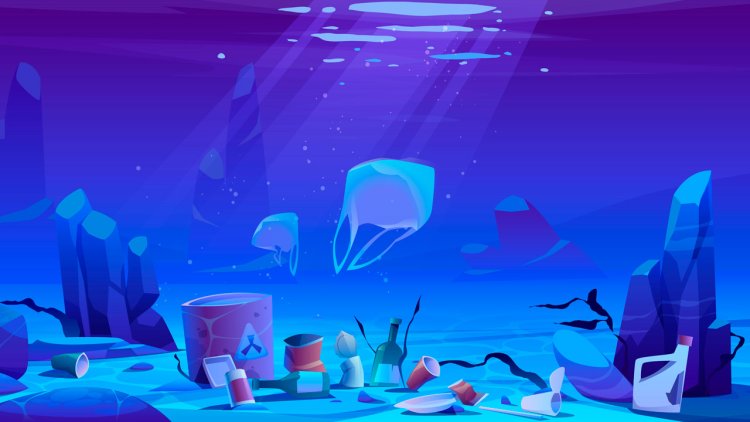 The total amount of microplastics deposited on the bottom of oceans has tripled in the past two decades with a progression that corresponds to the type and volume of consumption of plastic products by society.

This is the main conclusion of a study developed by the Institute of Environmental Science and Technology of the Universitat Autònoma de Barcelona (ICTA-UAB) and the Department of the Built Environment of Aalborg University (AAU-BUILD), which provides the first high-resolution reconstruction of microplastic pollution from sediments obtained in the north-western Mediterranean Sea.

Despite the seafloor being considered the final sink for microplastics floating on the sea surface, the historical evolution of this pollution source in the sediment compartment, and particularly the sequestration and burial rate of smaller microplastics on the ocean floor, is unknown.

This new study, published in the journal Environmental Science and Technology, shows that microplastics are retained unaltered in marine sediments, and that the microplastic mass sequestered in the seafloor mimics the global plastic production from 1965 to 2016.

"Specifically, the results show that, since 2000, the amount of plastic particles deposited on the seafloor has tripled and that, far from decreasing, the accumulation has not stopped growing mimicking the production and global use of these materials," explains ICTA-UAB researcher Laura Simon-Sánchez.

Researchers explains that the sediments analyzed have remained unaltered on the seafloor since they were deposited decades ago. "This has allowed us to see how, since the 1980s, but especially in the past two decades, the accumulation of polyethylene and polypropylene particles from packaging, bottles and food films has increased, as well as polyester from synthetic fibers in clothing fabrics," explains Michael Grelaud, ICTA-UAB researcher. 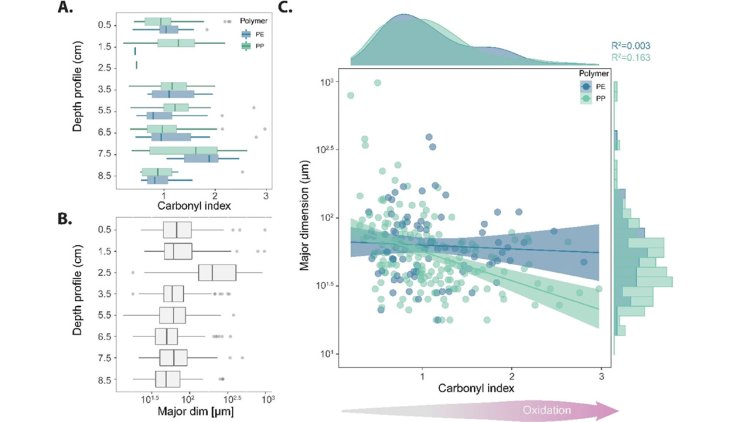 The amount of these three types of particles reaches 1.5mg per kilogram of sediment collected, with polypropylene being the most abundant, followed by polyethylene and polyester. Despite awareness campaigns on the need to reduce single-use plastic, data from annual marine sediment records show that we are still far from achieving this. Policies at the global level in this regard could contribute to improving this serious problem.

Although smaller microplastics are very abundant in the environment, constraints in analytical methods have limited robust evidence on the levels of small microplastics in previous studies targeting marine sediment. In this study they were characterized by applying state-of-the-art imaging to quantify particles down to 11 µm in size.

The degradation status of the buried particles was investigated, and it was found that, once trapped in the seafloor, they no longer degrade, either due to lack of erosion, oxygen, or light.

"The process of fragmentation takes place mostly in the beach sediments, on the sea surface or in the water column. Once deposited, degradation is minimal, so plastics from the 1960s remain on the seabed, leaving the signature of human pollution there," says Patrizia Ziveri, ICREA professor at ICTA-UAB.

The investigated sediment core was collected in November 2019, on board the oceanographic vessel Sarmiento de Gamboa, in an expedition that went from Barcelona to the coast of the Ebro Delta, in Tarragona, Spain. The research group selected the western Mediterranean Sea as a study area, in particular the Ebro Delta, because rivers are recognized as hotspots for several pollutants, including microplastics. In addition, the influx of sediment from the Ebro River provides higher sedimentation rates than in the open ocean. 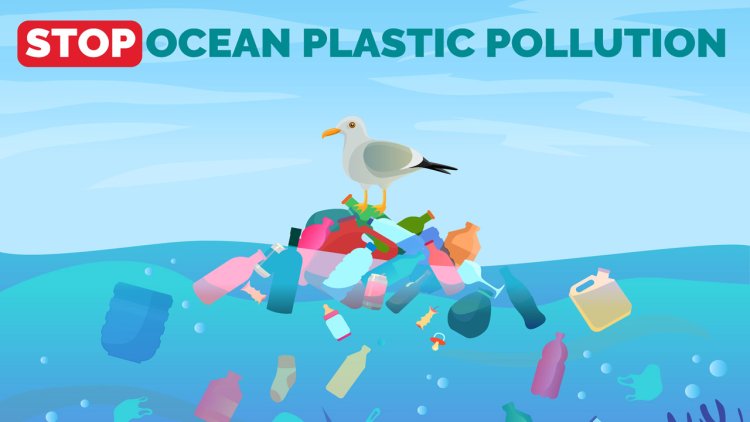