As a result of this melting, the planet's bright, reflective surfaces decrease in area. And as a result of that decrease, even more sunlight is absorbed by the surface, resulting in greater warming. 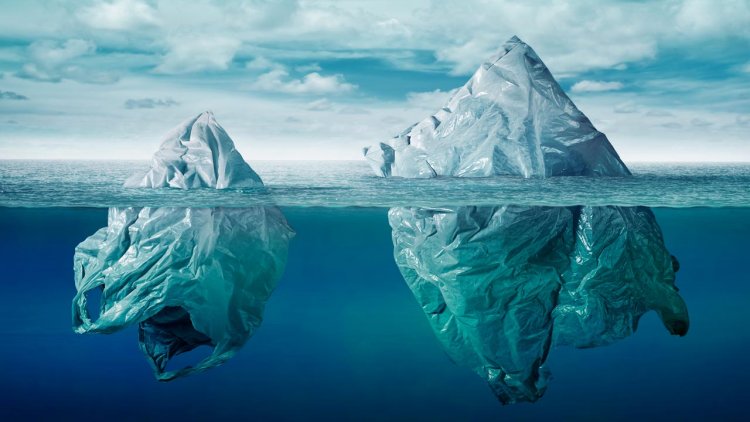 Microplastics have reached the farthest corners of the Earth, including remote fjords and even the Mariana Trench, one of the deepest parts of the ocean. Recently, yet another distant area of our planet has been found to contain these pollutants: glaciers and ice sheets. An Eos article examines how microplastics create changes in these icy ecosystems, and underscores the importance of properly distinguishing them from another form of pollution in snow, black carbon.

In addition to the large plastic waste, such as water bottles and milk jugs, that ends up on remote beaches, many pieces of plastic get broken down into smaller and smaller pieces by ocean waters and wind. These tiny particles are microplastics, minute pieces of plastic that were either broken down over time or were small to begin with, such as fibers from clothing or beads in face washes.

How do microplastics find their way in and onto snow to begin with? Peter Deneen, a writer at Watershed Progressive who is not affiliated with the article, explained:

"Most often microplastics end up in snow via airborne deposition. Microplastics…tend to be lighter than dust particles and become airborne more easily…These particles, due to their shape, can remain airborne and gain enough altitude to circulate with large-scale weather and be transported [to] faraway places."

Jing Ming, one of the authors of the article, emphasized that airborne travel is one of the reasons why microplastics are so prevalent.

The article highlights the distinction between microplastics and black carbon, another form of pollution which also collects on snow. Black carbon particles come from the combustion of fossil fuels by humans as well as from natural sources such as forest fires. Because of their dark color, black carbon particles absorb sunlight and heat the surfaces they land on. When they are deposited on snow and ice, they increase melt rates. As a result of this melting, the planet's bright, reflective surfaces decrease in area. And as a result of that decrease, even more sunlight is absorbed by the surface, resulting in greater warming.

Currently, almost all studies of black carbon ignore the co-presence of microplastics in snow, which also have an effect on melt rates. Ming explained:

"Microplastics depositing in snow will last hundreds of years or even longer. They can absorb solar radiation and reduce surface albedo given they are not completely transparent but with colour." The authors emphasize that it is not just the colored microplastics which absorb sunlight and heat up, but more translucent plastics as well. Translucent plastics, which ordinarily would not absorb light, can wear, break down, or become scratched; all of these processes increase their absorption levels. 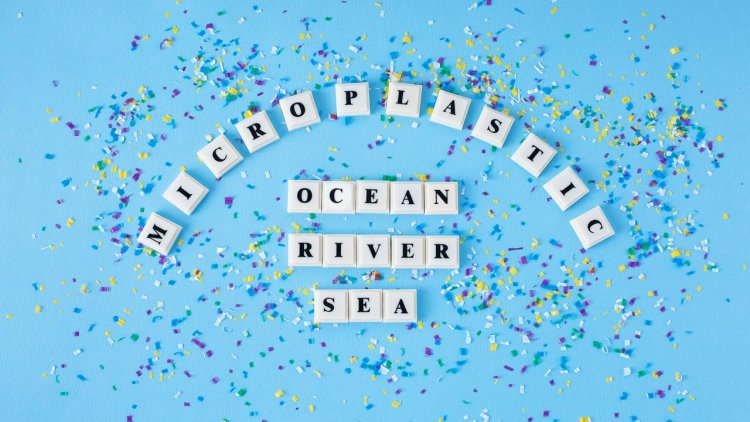 Deneen highlighted another important consideration of microplastics in snow. Deneen, who is a former GlacierHub editor, explained:

"The thing about microplastics on snow/ice is that snow/ice are not what we would call a 'microplastics sink. Snow and ice melts and as it does, those particles are transported through a variety of ecosystems, contaminating riparian habitat, estuarian, and eventually marine."

As they reach these ecosystems, whether through snow melt or otherwise, microplastics pick up chemical contaminants and can disturb many forms of life: animals can ingest them, harming not only themselves, but also humans who eat them. Smaller invertebrates will consume microplastics, then be consumed by fish, and the plastic makes its way up the food chain until it arrives on a plate.

Many hands will be needed to tackle the broader issue of microplastic pollution. Deneen said:

"We need people, companies, and governments working at it from all sides to find alternative materials and shift the culture that has come to depend upon [plastics]."

He strongly emphasized the need for sufficient and substantial policy that imposes limits on plastic production and use, and that aims to clean up the already damaged terrains.

Microplastics affect an extremely wide range of ecosystems. As demonstrated by their presence in snow, microplastics affect each ecosystem in distinct ways, depending on the context and existence of other factors, such as black carbon. Understanding these differences is crucial to responding to the microplastics crisis. Battling plastics means addressing pollution not only in oceans and beaches, but on high mountain glaciers as well.