Mathematical model predicts the movement of microplastics in the ocean

A new model tracking the vertical movement of algae-covered microplastic particles offers hope in the fight against plastic waste in our oceans. 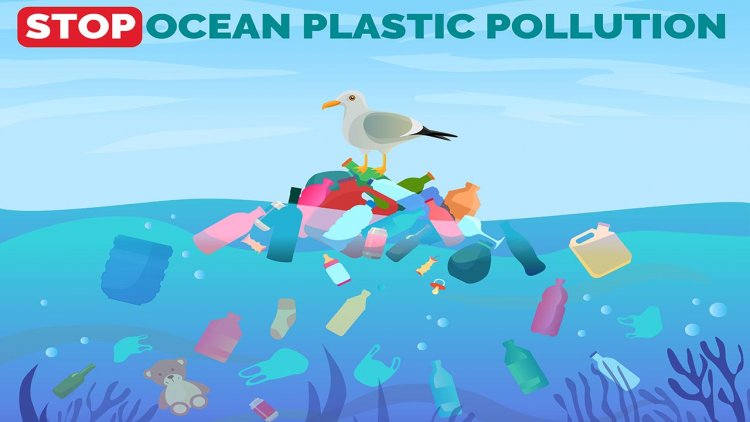 Research led by Newcastle University's Dr. Hannah Kreczak is the first to identify the processes that underpin the trajectories of microplastics below the ocean surface.

Publishing their findings in the journal Limnology and Oceanography the authors analyzed how biofouling—the accumulation of algae on the surface of microplastics, impacts the vertical movement of buoyant particles.

The researchers found that particle properties are the biggest factor in determining the period and characteristics of the repetitive vertical movement below the surface, while the algal population dynamics determine the maximum depth reached.

Their findings also show that the smallest particles are extremely sensitive to algal cell attachment and growth, suggesting they are always submerged at depths surrounding the base of the euphotic zone, the layer closer to the surface that receives enough light to support photosynthesis, or could become trapped in large algal colonies.

In general, the results suggest that a higher concentration of biofouled microplastic is expected to be found subsurface, close to the euphotic zone depth rather than at the ocean's surface.

Microplastics (fragments with a diameter smaller than 5mm) make up 90% of the plastic debris found at the ocean surface and the amount of plastic entering our ocean is significantly larger than the estimates of floating plastic on the surface of the ocean. However, it is not exactly known what happens to these particles once they enter the ocean, and 99% of microplastics within our ocean are considered missing.

This new model has the potential to understand the distribution of fouled plastics in the ocean and therefore the ecological impact, particularly in areas of high concentration.

"Mathematical modeling has been extremely beneficial in identifying hot-spots for marine plastic pollution on the ocean surface. I hope this research can be a constructive step in understanding the impact plastic pollution has below the surface and aid in the effort towards a more sustainable ocean."

"This is an exciting first step in our project to develop a comprehensive modeling framework to understand the transport of microplastic particles and their distribution in the oceans."

Future research by the team will focus on the fluid motion in the ocean mixed layer, to allow for even more complete assessment of microplastic vertical distributions in the ocean.

Wärtsilä launches test programme towards carbon-free solutions with hydrogen and...