Once Ocean Group completes its work, the MV Joseph-Savard will officially replace the MV Radisson, which is the relief ship for the Québec-Lévis crossing. 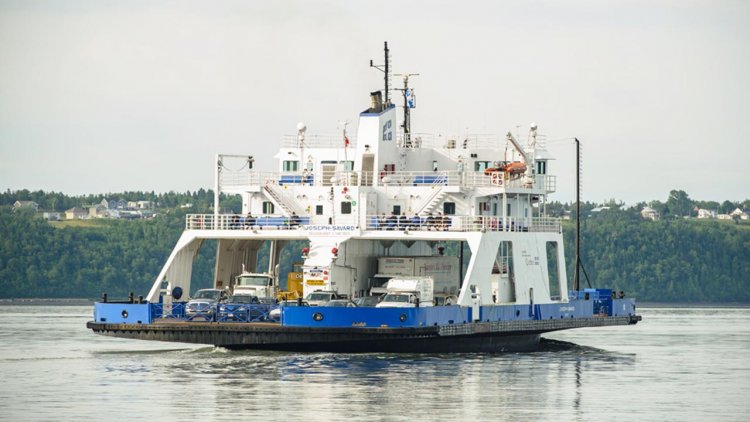 This important project to bring a ship built in 1985 up to current standards will include several phases and has been underway since March 2021. The work includes the replacement of the bow thruster’s diesel engine with a battery- powered electric motor and the replacement of the main engines,  to comply with the new IMO Tier III emission standards. This change of engines will allow a considerable reduction of the ship’s polluting emissions.

The three power generators will be replaced and several systems will beupgraded. These include fire detection, engine room alarm monitoring control (AMS), wastewater treatment unit, heating and ventilation, to name a few.

In addition, major work will be performed to improve the common areas. The passenger lounge will undergo a facelift and enlarged to be more in line with the new customer experience standards that the STQ wishes to offer its passengers throughout its network.

Another important modification will be made on the passenger deck, where new pedestrian ramps will be installed in order to adapt the ship to the infrastructures of the Quebec-Lévis crossing. Once Ocean Group completes this work, the MV Joseph-Savard will officially replace the MV Radisson, which is the relief ship for the Québec-Lévis crossing. This vessel has reached the end of its useful life and can no longer navigate in the ice. Gaining more flexibility and improving the versatility of vessels is one of the strategies adopted by the STQ to make its succession plan more robust.

This contract will allow for a natural partnership with Techsol Marine, which will be responsible for many of the modernization works.

The work began in dry dock at the Isle-aux-Coudres shipyard in March 2021. Thereafter, the vessel will transit to the Québec workshops for work to be done afloat and completed around January 2022. Engineering work was carried out at Concept Naval in preparation for the ship’s dry dock entry.