Just over a year after its launch in August 2019, Maersk’s AE19 ocean-rail product from Asia to Europe becomes a permanent weekly service responding to increased customer demand. 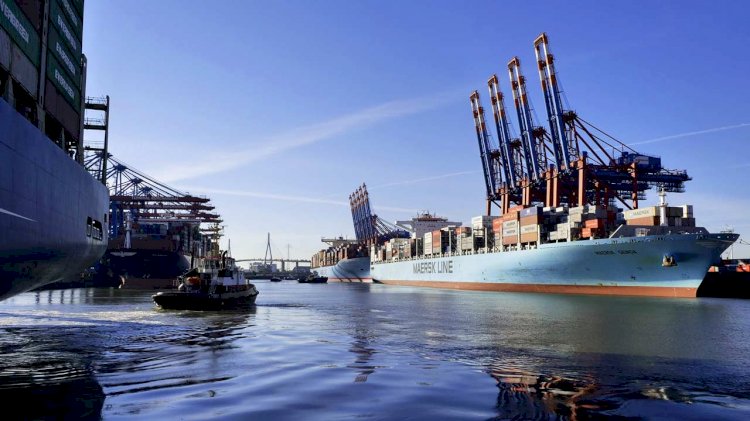 In July 2019, first cargo left the Russian Far East on A.P. Moller - Maersk’s AE19 service, a unique combination of a short-sea and intercontinental rail product, which connects several origins in Asia with ports in Northern Europe.

In September 2020, just over a year later and thanks to increased customer interest, the combined ocean-rail product becomes a permanent weekly service.

The AE19 service complements Maersk’s regular Asia-Europe product offering based on conventional ocean services and offers highly competitive transit times from Asia to major ports in Europe. The service is based on a short-sea connection between Asian origin ports in Korea, Japan or China and the port of Nakhodka in the Russian Far East (operated by Sealand Asia – A Maersk Company), followed by an intercontinental rail connection across Russia from Nakhodka to St. Petersburg, which takes 11 days. The last leg of the product is another short-sea connection between St. Petersburg and ports in Finland (Helsinki and Rauma), continental Europe, such as Gdansk (Poland), Bremerhaven (Germany), or Scandinavia, operated by Sealand Europe.

“We are delighted that this unique product, designed for our customers in both Asia and Europe, formally becomes a weekly service and gets a permanent place in our product portfolio. This has been possible thanks to increased interest from our customers, who appreciate its attractive transit times and cost competitiveness.”

Being a standard product with a Maersk bill of lading for both refrigerated and dry containers, AE19 is a particularly attractive solution for customers with time-sensitive cargoes, offering them faster transit times compared to ocean-only products and significant cost advantage compared to air freight. In addition, the product allows customers to avoid congestion on border crossings and offers fast track options for transit in Russia based on the blockchain solution. This is enabled by TradeLens, a platform jointly developed by IBM and Maersk, which provides the AE19 customer base with shipping data directly from the source of each participating entity in near real-time, all while connecting this rail corridor directly to its established ecosystem of international transportation service providers.

AE19 is part of Maersk’s Asia-Europe portfolio alongside ocean. In March 2020, the service was also launched in the eastbound direction, connecting North European origins with several destination ports in Asia.

Yang Ming to launch the new ITS service

Allseas developed a new collection system to catch litter and plastic flowing through...

Vestdavit wins contract for US Navy Expeditionary Sea Base duo