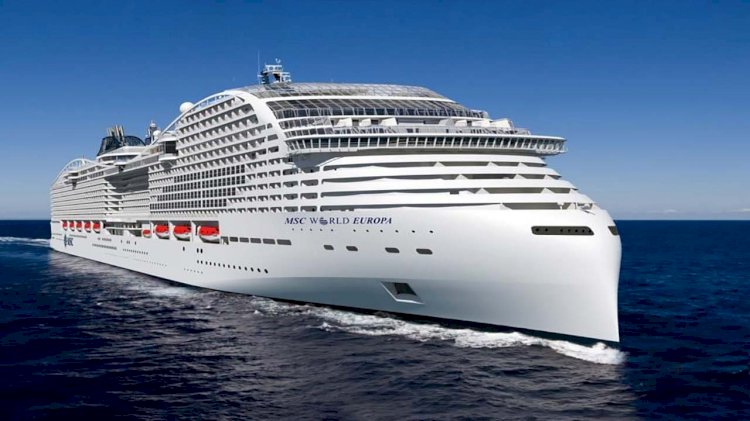 The 200,000-plus GT ship is scheduled to enter service in 2022 and be one of most technologically- and environmentally-advanced LNG-powered cruise vessels in its class, and the first ever to be built in France.

Zoe Africa Vago, daughter of Alexa Aponte-Vago and her husband Pierfrancesco Vago, MSC Cruises’ Executive Chairman, and Aurore Bezard from the HR Department of Chantiers de I’Atlantique performed the traditional maritime ritual as godmothers representing the ship owner and the shipbuilder when they placed two coins under the keel as the historical sign of blessing and good fortune for the project, and the ship’s operational life at sea.

“MSC World Europa is further proof of our commitment to environmental stewardship as she is set to reduce carbon emissions even further than many other existing cruise ships powered by LNG, which is currently the most environmentally-friendly fuel for commercial maritime operations. With this vessel, we also reconfirm our belief in investing in advanced environmental technology to meet our long-term goal of zero emissions from operations.”

“We are proud to start the building of a ship which will set the standards for the cruise of the future. This is a major milestone in the history of our 20-year cooperation with MSC Cruises, which has already resulted in some of the most innovative cruise ships ever built.” 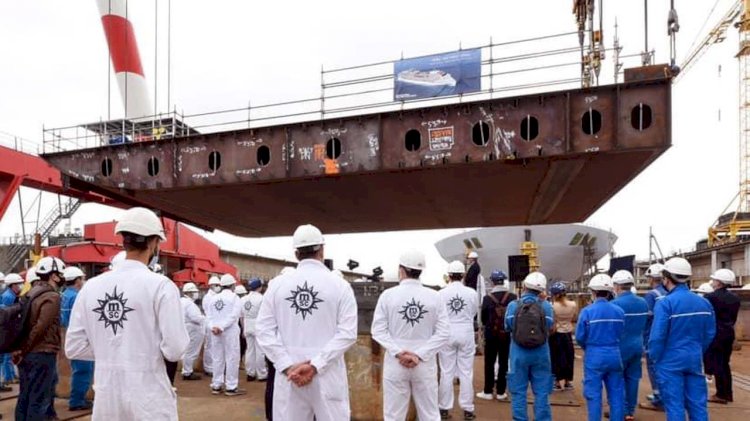 MSC World Europa will feature a new 50-kilowatt demonstrator system that incorporates solid oxide fuel cell (SOFC) technology and use LNG to produce electricity and heat on board, the first time an LNG-powered fuel cell has been used on a cruise ship.

This SOFC solution fuelled by LNG will reduce emissions of greenhouse gases (GHG) by about 30 per cent compared with a conventional LNG engine, with no emissions of nitrogen oxides, sulphur oxides or fine particles. It also offers the advantage of being compatible with LNG, as well as several low carbon fuels such as types of methanol, ammonia and hydrogen.

MSC World Europa will also feature a new generation wastewater treatment system that exceeds some of the world’s most stringent regulatory standards, as well other cutting-edge environmental technology.

MSC Cruises’ next flagship MSC Virtuosa is currently construction in Saint-Nazaire and readying for delivery next year. The Company also has firm orders with Chantiers de l’Atlantique for two additional LNG-powered ships, once each for the MSC World and Meraviglia classes of ships.

The Saudi fleet, with oil loaded at Ras Tanura, will join an existing congestion...