IAPH partners with PortXL to connect innovators with global ports 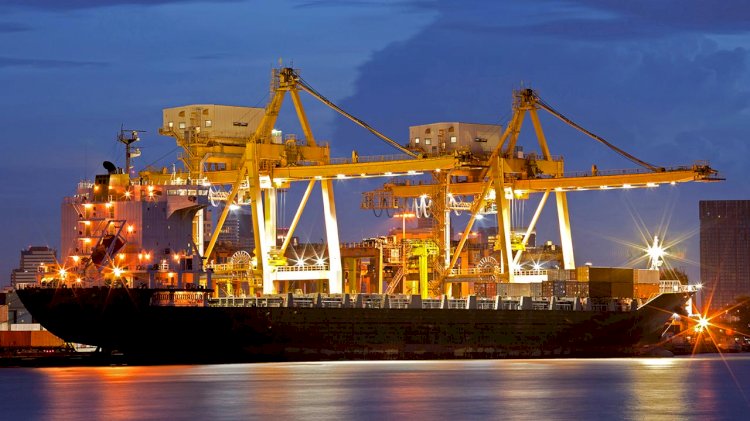 IAPH signs agreement with PortXL, opening up a global portfolio of port and maritime start-up innovators to the World Ports Sustainability Program. PortXL has already supported more than 72 start-up and scale-up innovators to engage in over 150 paid pilot contracts in the maritime sector.

The International Association of Ports and Harbors is delighted to add PortXL as partner onto its World Ports Sustainability Program. An agreement was signed last week to develop a worldwide innovation platform, where ports can engage in pilots and partnerships with start-ups and scale-ups. The short-term plan to bring IAPH members into contact with the network of innovators is now underway. The matching process will culminate in face-to-face encounters between port project sponsors and innovators at the IAPH World Ports Conference next March.

"The port industry is of major significance for an economy, nationally and internationally. But at the same time port industry activities impact the environment. So if we want to sustain the growth of the economy, we should look after our ecology. And innovation is actually the answer for both."

Ports all over the globe are facing a wide variety of sustainability challenges. This need to "grow the economy, whilst sustaining the ecology" is being addressed head-on by PortXL, the world's first maritime accelerator. Supported by a impressive list of corporate partners that include Van Oord, Shell, MSC, DEME, Boskalis and Vopak, PortXL scouts over 1000 start-ups and scale-ups and selects up to twenty for each of its locations every year. Those selected then gain access to hands-on mentorship, training and are given the chance to pitch to organisations to implement paid-for pilots and proof-of-concepts to demonstrate their innovations in a live environment.

"If you take a look at some of the innovations in PortXL's portfolio, any port in the world could benefit in practice, not just the major ones. A floating autonomous collector of plastic waste that collects data on water quality. Floaters attached to man-made structures capable of generating grid-connected electricity power from ocean and sea waves. Concrete composite structures for breakwaters capable of generating marine diversity and acting as a carbon sink. A hull cleaner capable of 'car-washing' a vessel to remove biofouling during a port stay. These are just four of the multitude of innovations being supported by PortXL through their network of port communities."

IAPH member ports are already being offered access to the PortXL startups via an online form where they can either declare their interest or submit specific challenges to the PortXL network. By the time of the IAPH World Port Conference in Antwerp next March, these ports will have a chance to "meet and match" the start-ups face-to-face on location to discuss concrete pilots and trials.

Online access to the PortXL network for port stakeholders:

"The plan is to create viable matches by allowing port authorities to connect their own major stakeholders and companies operating at their port with the PortXL-endorsed innovators" comments PortXL Director Cees-Willem Koorneef. "Port Authorities know which of their customers and stakeholders might be best equipped to trial and use these innovations. This has already yielded results at the Port of Rotterdam, North Sea Port and the Port of Antwerp, but really a coastal location of any size, anywhere in the world could benefit. As an example, it is in Gibraltar where the world's first wave-generated electricity is being fed into the grid."

In 2018, PortXL has expanded from Rotterdam to Antwerp and Singapore and in 2019 it has assisted the Italian port of Taranto with the development of their own innovation hub. In total, PortXL has 72 accelerated companies in its portfolio, with over 150 paid pilot contracts signed with corporates as a result. It also has 2,300 start-ups and scale-ups in an ever-growing database.

ONE and TPS Valparaiso launch XVELA platform in Latin America