How sunlight could turn seawater into freshwater for coastal communities 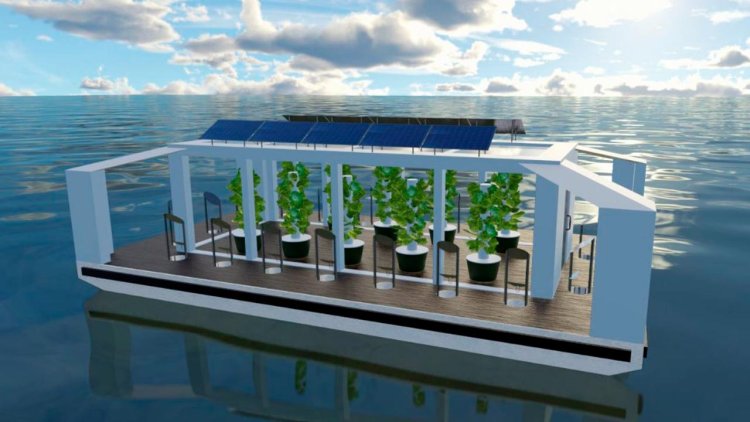 A summer of extreme heat and drought around the world has been a reminder that water scarcity is a pressing issue and one that will only get worse with climate change. Already, more than two billion people worldwide lack easy access to clean water, according to the World Health Organization (WHO).

For some countries, desalination plants offer a solution – removing salt from seawater to satisfy their freshwater needs. The Middle East has the highest concentration of these in the world. But such plants, still mostly powered by fossil fuels, are energy-intensive and the process creates an extremely salty wastewater known as brine, which can damage marine ecosystems and animals when it’s pumped back into the sea.

That’s why some startups and researchers are updating centuries-old solar still technology, which uses only sunlight to purify water. While the technology is still a long way off from producing the volume of freshwater generated by desalination plants, it could prove valuable for off-grid or coastal communities.

Abu Dhabi-based startup Manhat, founded in 2019, is developing a floating device that distills water without requiring electricity or creating brine. It consists of a greenhouse structure that floats on the surface of the ocean: sunlight heats and evaporates water underneath the structure – separating it from the salt crystals which, are left behind in the sea – and as temperatures cool, the water condenses into freshwater and is collected inside.

“It’s really similar to the natural water cycle,” says Dr. Saeed Alhassan Alkhazraji, the company’s founder and associate professor at Abu Dhabi’s Khalifa University. He says solar evaporation has long been used for this purpose, but typically it involves putting water in a basin where, once the water has evaporated, salt is left behind.

Unlike traditional solar stills, Manhat’s device floats in the ocean, drawing water directly from the sea. Salt does not accumulate in the device and the angle of the collection cylinder prevents water droplets evaporating back to the sea, says Alhassan.

Earlier this year, Manhat’s patented technology won the Water Europe Innovation award for small and medium enterprises with breakthrough solutions in the water sector, commended for its ability to produce freshwater with “zero carbon footprint and zero brine rejection.”

The startup plans to harness its technology in floating farms, which would use its desalination devices to provide freshwater irrigation for crops without the need for water transportation and its associated emissions.

This would benefit arid coastal areas where land is intensively farmed, says Alhassan. “If you produce (fresh) water on the sea’s surface and use it for farming, you can effectively allow arable land to be rejuvenated,” he says, adding that the technology could work well for countries like the Maldives that have little land available for desalination plants.

Others have also been innovating with solar stills. In 2020, researchers at the Massachusetts Institute of Technology (MIT) developed a free-floating desalination unit consisting of a multilayer evaporator that recycles the heat generated when the water vapor condenses, boosting its overall efficiency.

While field tests are ongoing, it was touted as a technology that could “potentially serve off-grid arid coastal areas to provide an efficient, low-cost water source.” Researchers suggested it could be configured as a floating panel on the sea, delivering freshwater through pipes to the shore, or it could be designed to serve a single household, using it atop a tank of seawater.

Geoff Townsend, who works on innovations in water scarcity for water treatment and hygiene company Ecolab, believes that while solar still innovations are unlikely to replace conventional desalination, they could “supplement existing technology, reducing the overall carbon footprint of desalination.”

But he cautions that “desalination typically needs to provide a very predictable supply of water,” and that “there will be potential concerns on the extent to which diurnal (daily) and seasonal changes in performance could impact the ability to achieve the minimal production requirement.”

An even bigger challenge for this kind of technology is scale. “A drawback is their intrinsic low efficiency,” says Townsend, adding that they tend to take up a lot of space for the small amount of water they produce.

MIT’s device was found to produce around five liters of freshwater per hour for every square meter of solar collecting area. Manhat’s current floating prototype, which covers 2.25 square meters but only has one square meter open to water, produces 1.5 liters of freshwater per day – a drop in the ocean, considering the World Health Organization estimates that an average person needs at least 50 to 100 liters a day to be healthy

Alhassan says Manhat is working to increase this volume to five liters by optimizing materials and design, with the long-term goal of reaching at least 20 liters. The startup has raised $130,000 in funding so far, predominantly via a collaboration with Abu Dhabi Ports, but with increased investment he is confident these targets can be met.

A pilot of the floating farm concept will begin next year. By linking up multiple modular devices in a grid formation, Manhat believes that its current technology could provide enough desalination to grow less water-intensive crops, such as mushrooms, and as the devices improve they could start targeting other crops such as lettuce or tomatoes.

Despite the challenges, Alhassan believes solar stills will one day become an important source of freshwater. “We have to accept the fact that seawater should be a key player in providing freshwater,” he says. “But we need to have a solution that will minimize CO2 emissions and eliminate brine altogether.”

Pillar coral increase its extinction risk to Critically Endangered due to human...

Alfa Laval and SSAB to develop the world's first plate...