The research has shown these chemicals have traveled not by sea, but through the atmosphere, where they accumulate in Arctic sea ice. 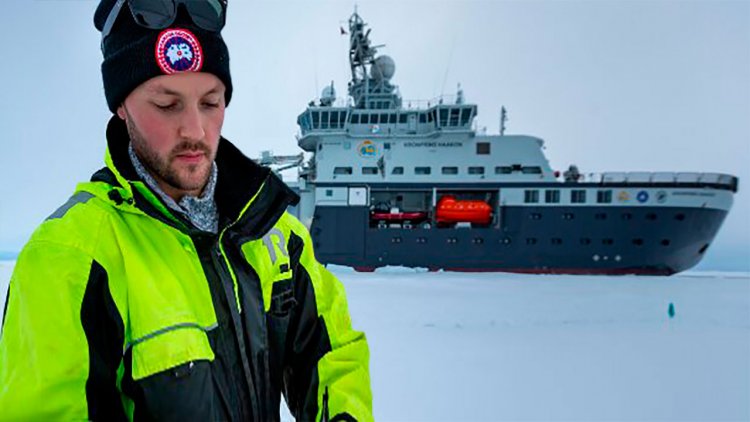 Dr Jack Garnett on the research expedition in the Arctic. Credit: Christian Morel

Known as 'forever' chemicals due to the fact they do not break down in the environment, poly- and perfluoroalkyl substances (PFAS) are used in a wide range of products and processes from fire proofing to stain resistant surfaces.

The Lancaster University study has found them in the surface seawater close to melting Arctic ice floes at concentrations of up to two times higher than levels observed in the North Sea, even though the region of the Barents Sea under investigation was thousands of kilometers from populated parts of Europe.

The research has shown these chemicals have traveled not by sea, but through the atmosphere, where they accumulate in Arctic sea ice. Because Arctic ice is melting more quickly than before, these harmful chemicals are efficiently released into surrounding seawater resulting in some very high concentrations.

Lancaster's Dr. Jack Garnett and Professor Crispin Halsall along with colleagues from HZG, Germany, have been investigating the long range transport and deposition of PFAS to the Arctic as part of EISPAC—a project jointly funded by UK's NERC and Germany's BMBF as part of the Changing Arctic Ocean program.

PFAS comprise of a very large number of chemicals that have myriad uses, including processing aids in the manufacture of fluoropolymers like Teflon, stain and water repellents in food packaging, textiles and clothing, as well as use in firefighting foams. 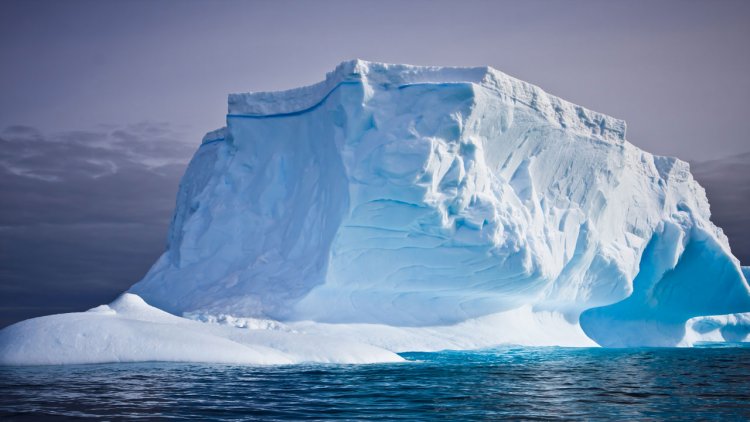 One particular group of these chemicals—the perfluoroalkyl acids (PFAAs) - are extremely stable and do not degrade in the environment but can bioaccumulate and are known to be toxic to humans and wildlife.

PFAAs can enter the food chain due to their mobility in the environment and protein-binding characteristics. The longer carbon chain compounds of perfluorooctanoic acid (PFOA) and perfluorooctane sulfonic acid (PFOS) are generally associated with liver damage in mammals, with developmental exposure to PFOA adversely affecting fetal growth in humans and other mammals alike.

Dr. Jack Garnett discovered an unusual phenomenon whereby PFAAs present in the atmosphere are deposited with snowfall onto the surface of ice floes where they can eventually accumulate within the sea ice. Jack made this observation while taking ice and water samples as part of a scientific expedition under the Norwegian Nansen Legacy project.

Undertaking both salinity and stable isotope analysis of snow, ice and seawater, he was able to determine what contribution of the water locked in snow and ice came from the atmosphere and what contribution arose from seawater. This way it was possible to assess the role that atmospheric transport from far away regions had on the presence of these chemicals in the ice.

The PFAA present in the atmospheric component was much higher than the seawater component, confirming that long range transport and deposition from the atmosphere is the main source of these chemicals to the remote Arctic rather than 'recycling' of older stocks of these pollutants present in ocean waters.

Furthermore, the team's studies conducted in a sea ice facility at the University of East Anglia, found that the presence of brine (highly saline water) in young ice serves to enrich contaminants like PFAS in different layers within the sea ice. PFAS like other organic pollutants, generally reside in the brine rather than the solid ice matrix itself. As the ice ages the brine becomes more concentrated resulting in an enrichment of these pollutants into focused areas within the ice pack.

Prolonged periods of thaw, particularly when the ice floes are still covered in snow, results in the re-mobilization of the ice brine and also the interaction of snow meltwater with the brine. This can result in marked release of PFAAs into the underlying seawater. 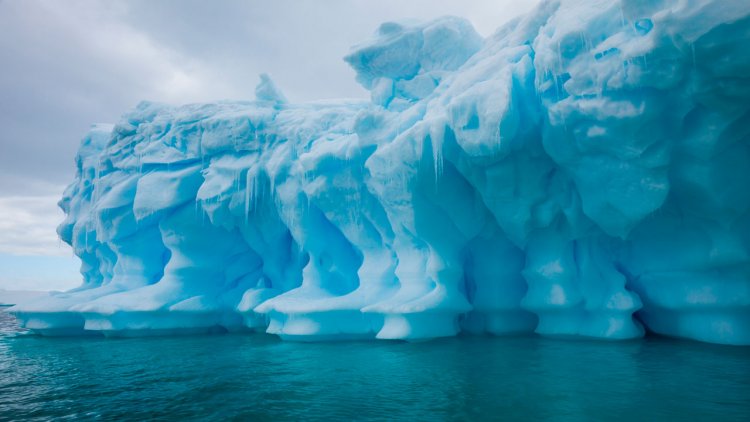 Brine channels on the underside of ice serve as unique habitats for organisms at the base of the marine foodweb, and, as a consequence, they will be exposed to high levels of PFAAs released with brine drainage and meltwater from the thawing ice pack.

Prof Halsall a co-author of the recent Arctic Monitoring Assessment Program (AMAP) report on "POPs and Chemicals of Emerging Arctic Concern: The Influence of Climate Change," says that we have an unfortunate situation where the Arctic Ocean is now dominated by one-year ice at the expense of multi-year ice due to global warming. Meaning that the majority of the ice in the Arctic has formed the previous winter, rather than over many years.

This one-year ice contains a lot of mobile brine that interacts with the overlying snowpack and can serve to concentrate pollutants like PFAS which are usually found at very low levels.

Unfortunately, with earlier and more erratic thaw events, this can lead to the rapid release of the stored chemicals resulting in high concentrations in the waters surrounding the ice floes.

It is only through this type of investigative science that we can understand the dynamics of pollutant behavior and identify key hazards, particularly those related to climate change.

In turn this can drive international legislation so that chemicals that exhibit this type of behavior are banned.

Britain could save £50bn by decarbonising smarter and faster, study shows