Gulf of Guinea remains world’s piracy hotspot in 2021, according to IMB’s latest figures

The Gulf of Guinea accounted for nearly half (43%) of all reported piracy incidents in the first three months of 2021, according to the latest figures from the ICC International Maritime Bureau (IMB). 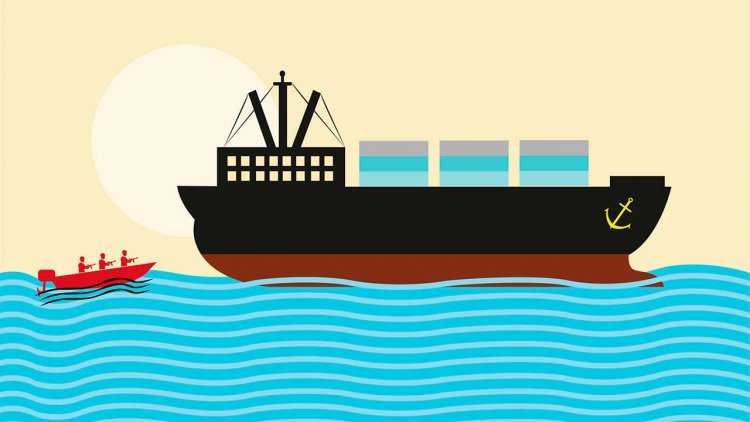 Despite a drop in the number of reported piracy incidents for Q1 2021, violence against crew is on the rise in comparison to previous years. Since the start of 2021, 40 crew have been kidnapped compared to 22 crew in Q1 2020. A crew member was also killed in Q1 2021.

The Gulf of Guinea continues to be particularly dangerous for seafarers with 43% of all reported piracy incidents occurring in the region. In addition, the region accounted for all 40 kidnapped crew incidents, as well as the sole crew fatality, according to IMB. 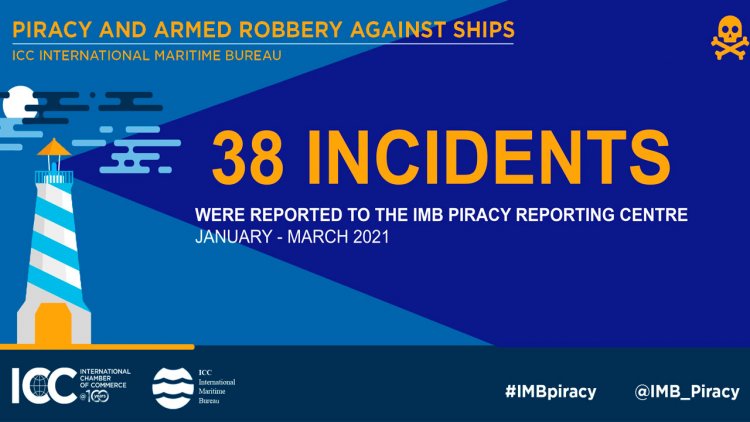 “Pirates operating within the Gulf of Guinea are well-equipped to attack further away from shorelines and are unafraid to take violent action against innocent crews. It’s critical that seafarers remain cautious and vigilant when travelling in nearby waters and report all incidents to the Regional Authorities and the IMB PRC. Only improved knowledge sharing channels and increased collaboration between maritime response authorities will reduce the risk to seafarers in the region.”

The furthest recorded kidnapping occurred on 11 March 2021 when pirates kidnapped 15 crew from a Maltese flagged Chemical Tanker, 212nm south of Cotonou, Benin. In another incident, a fishing vessel hijacked on 8 February 2021 was used by pirates as a mother vessel to facilitate other attacks.

The IMB PRC commends the Coastal response agencies and independent international navies tasked in the Region for actively responding to reported incidents and encourages their continued efforts in making the GoG waters safer for the seafarers. 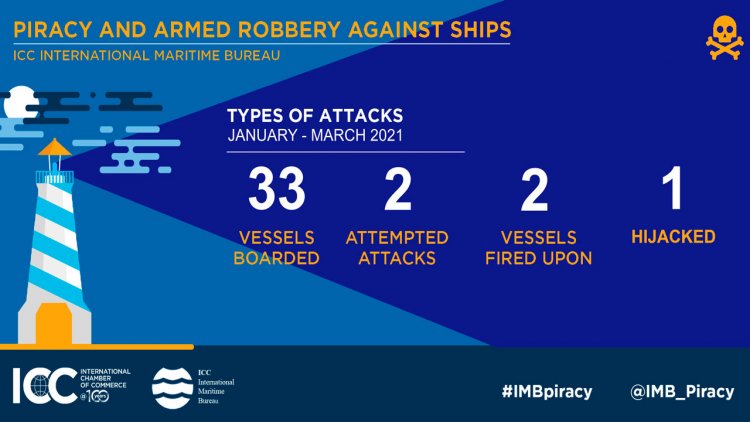 During the first three months of 2021, there was only one incident of reported piracy around Somalia. A bulk carrier reported a skiff with armed persons and a ladder approaching it while underway in the Gulf of Aden. The onboard armed security team fired warning shots resulting in the skiff moving away.

Despite the decline of piracy incidents around Somalia and neighbouring waters, the IMB PRC encourages vessels to implement BMP5 recommended practices while transiting these waters as Somali pirates continue to possess the capacity to carry out attacks.

"Seafarers are in many respects the unsung heroes of our global economy. Governments, businesses, and maritime response agencies must take appropriate measures to protect the lives and livelihoods of crew, so that we can ensure the uninterrupted free flow of goods throughout international supply chains." 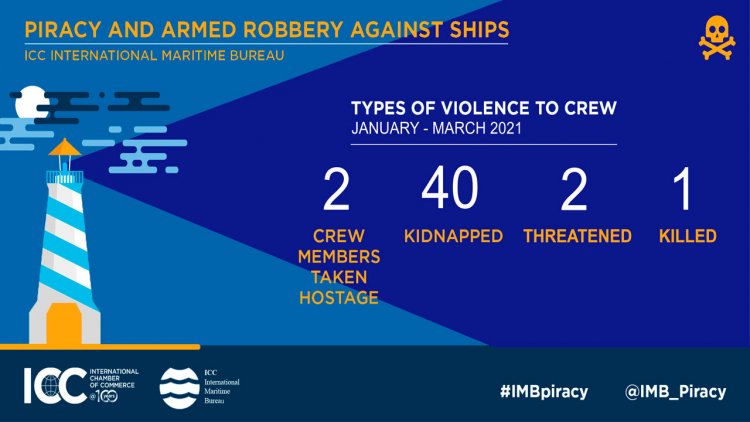 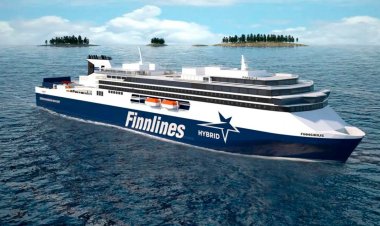