The massive Thwaites glacier in West Antarctica contains enough ice to raise global sea levels by 65cm if it were to completely collapse. And, worryingly, recent research suggests that its long-term stability is doubtful as the glacier hemorrhages more and more ice. 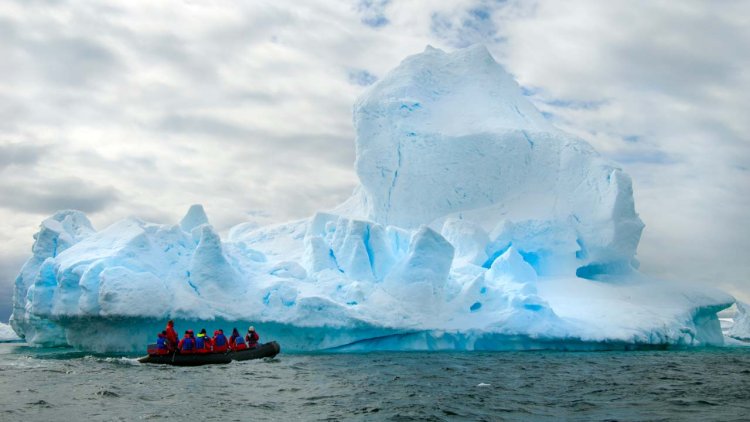 Adding 65cm to global sea levels would be coastline-changing amounts. For context, there's been around 20cm of sea-level rise since 1900, an amount that is already forcing coastal communities out of their homes and exacerbating environmental problems such as flooding, saltwater contamination and habitat loss.

But the worry is that Thwaites, sometimes called the "doomsday glacier" because of its keystone role in the region, might not be the only glacier to go. Were it to empty into the ocean, it could trigger a regional chain reaction and drag other nearby glaciers in with it, which would mean several meters of sea-level rise. That's because the glaciers in West Antarctica are thought to be vulnerable to a mechanism called Marine Ice Cliff Instability or MICI, where retreating ice exposes increasingly tall, unstable ice cliffs that collapse into the ocean.

A sea level rise of several meters would inundate many of the world's major cities—including Shanghai, New York, Miami, Tokyo and Mumbai. It would also cover huge swathes of land in coastal regions and largely swallow up low-lying island nations like Kiribati, Tuvalu and the Maldives.

Thwaites is a frozen river of ice approximately the size of Great Britain. It already contributes around 4% of the global sea-level rise. Since 2000, the glacier has had a net loss of more than 1000 billion tons of ice and this has increased steadily over the last three decades. The speed of its flow has doubled in 30 years, meaning twice as much ice is being spewed into the ocean as in the 1990s.

Thwaites glacier, the widest in the world at 80 miles wide, is held back by a floating platform of ice called an ice shelf, which restrains the glacier and makes it flow less quickly. But scientists have just confirmed that this ice shelf is becoming rapidly destabilized. The eastern ice shelf now has cracks criss-crossing its surface, and could collapse within ten years, according to Erin Pettit, a glaciologist at Oregon State University.

This work supports research published in 2020 which also noted the development of cracks and crevasses on the Thwaites ice shelf. These indicate that it is being structurally weakened. This damage can have a reinforcing feedback effect because cracking and fracturing can promote further weakening, priming the ice shelf for disintegration.

If Thwaites' ice shelf did collapse, it would spell the beginning of the end for the glacier. Without its ice shelf, Thwaites glacier would discharge all its ice into the ocean over the following decades to centuries.

The ice shelf—which can be thought of as the floating extension of Thwaites glacier—is one of several that scientists are watching closely in the Amundsen Sea Basin, West Antarctica. Several ice shelves that hold back glaciers there, including Thwaites and its next-door neighbor, the Pine Island glacier, are being eroded by rising ocean temperatures.

Warmer ocean water is able to undercut these floating ice shelves, driving melting from below that can thin the ice and weaken it, allowing the cracks and fractures that have been observed at the surface to develop. This ocean-driven melting at the bottom of the ice shelf also pushes the anchoring point where the ice meets the seabed backwards. Because the seabed slopes downwards in the Amundsen Sea, that could eventually trigger a shift as the glaciers lose their footing and retreat rapidly.

Ultimately, if the ice shelves retreat, it means there is less holding the West Antarctic glaciers back—allowing them to accelerate and add more to global sea levels.

However, scientists are still getting to grips with MICI and questions remain about the future of West Antarctic glaciers. While the collapse of Thwaites certainly could trigger a wholesale collapse event, not everyone believes this will happen.

Other work suggests that the destabilization of the Thwaites ice shelf and glacier may not lead to the kind of catastrophic outcomes that some fear. Sea ice and chunks of ice that break away from the collapsing ice shelf and glacier might have a similar restraining effect to the intact ice shelf, nipping the chain-reaction in the bud and preventing the sustained collapse of the entire West Antarctic ice sheet.

But while uncertainty remains about exactly what will happen in West Antarctica, one thing is for sure—the retreating Thwaites glacier will continue to add to global sea levels for many years to come.