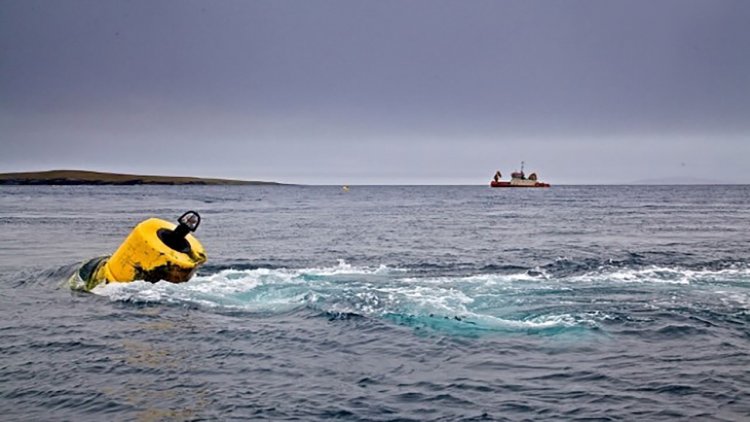 The commercialisation of green hydrogen is an essential step toward a 100% renewable future. Green hydrogen is created and consumed without carbon emissions and can replace fossil fuels in the energy mix, supporting the decarbonisation of heavy industry and transport sectors. The Offshore Renewable Energy Catapult estimate that developing a green hydrogen industry could create 120,000 jobs and deliver £320 bn to the UK economy by 2050.

Funded by the Scottish Government, via Highlands and Islands Enterprise (HIE), Invinity’s modular flow battery system will be assembled at the company’s manufacturing facility in Bathgate, West Lothian and consist of eight Invinity VS3 battery modules linked together into a single system. The project is expected to go live next year.

“We are delighted to support this world-first innovative energy systems project in Orkney, with £1.8 million of funding from the Scottish Government.”

Invinity’s vanadium flow batteries (VFBs) are a form of heavy duty, stationary energy storage which are deployed in high-utilisation, industrial applications. They provide hours of continuous power, one or more times per day, through decades of service. This makes them the perfect candidate for regulating the generation of tidal energy, an application where more conventional lithium-ion batteries would degrade and eventually wear out.

Tidal generation is predictable yet variable, with two high and two low tides occurring each day. This is an extremely heavy cycling application, requiring up to four cycles per day, compared to solar coupled energy storage projects which typically require just one charge and discharge each day. 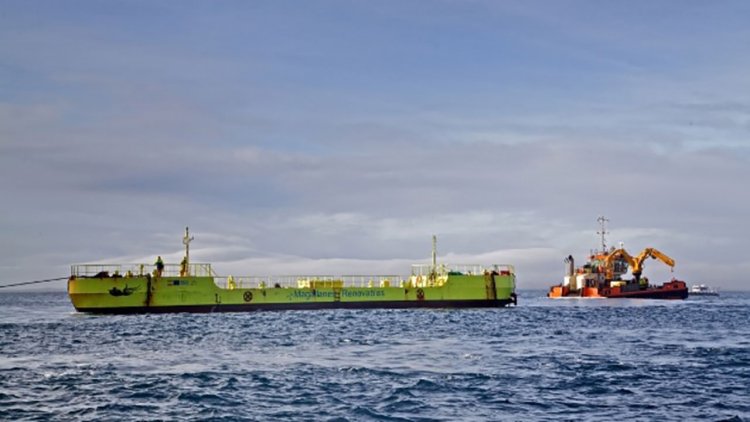 At EMEC’s site, the system will store electricity generated by tidal turbines during high power periods, and discharge it during low power periods. This will ‘smooth’ tidal generation to create continuous, on-demand electricity to turn into hydrogen using EMEC’s 670 kW hydrogen electrolyser. This will optimise hydrogen production at the site to enable tonnes of green hydrogen generation each year.

“EMEC’s core purpose is to demonstrate technologies in new and inspired ways to decarbonise our energy system. This is the first time that a flow battery will have been coupled with tidal energy and hydrogen production, and will support the development of the innovative energy storage solution being developed in the Interreg NWE ITEG project.

“Following a technical review looking at how to improve the efficiencies of the electrolyser we assessed that flow batteries would be the best fit for the energy system. As flow batteries store electrical charge in a liquid rather than a solid, they can provide industrial quantities of power for a sustained period, can deeply discharge without damaging itself, as well as stand fully charged for extended periods without losing charge. These are all necessary qualities to integrate battery technology with the renewable power generation and hydrogen production process.”

“This project is truly groundbreaking. Because of their inherent variability, all renewable energy sources – including wind, solar and tidal – have difficulty providing the consistent power that industrial processes like electrolysis need to operate most effectively. Including energy storage in a comprehensive renewables-to-hydrogen system bridges that gap, providing a path to accelerated commercialisation of future green hydrogen projects.

“Vanadium flow batteries are the perfect partner for tidal power, continually absorbing then dispatching four or more hours of continuous power, multiple times per day, over decades of service – a duty cycle that would rapidly degrade lithium batteries.”

“The establishment of EMEC in 2003 was a key factor in placing Orkney at the international forefront of renewable energy development, particularly in the marine sector. Demonstration of the production/use of green hydrogen within the Orkney energy system is the latest in a series of highly innovative projects in these islands that have helped us maintain our global lead ever since.”