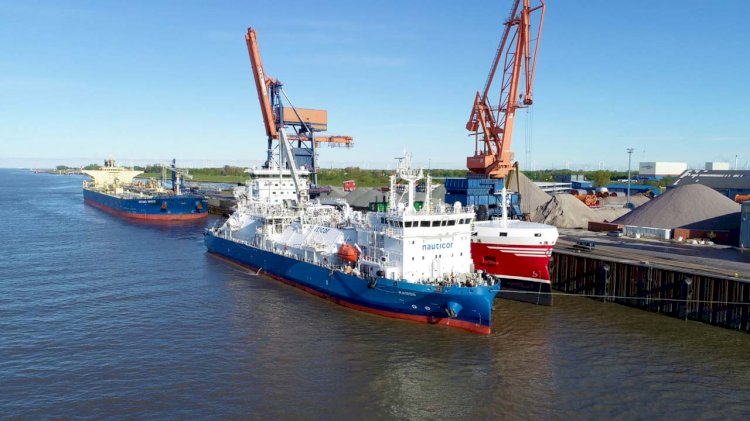 On May 6th, Hamburg based LNG supplier Nauticor, a subsidiary of the Nordic energy company Gasum, has conducted the first ship-to-ship LNG bunkering operation for a product tanker in Germany.

“By using LNG as fuel we are working on reducing the environmental impact through lower emissions and less noise. Having access to a comprehensive LNG supply network is a prerequisite to do so and we are glad that thanks to the efforts of Nauticor and Gasum the availability of LNG is secured in a growing number of place in Northwest Europe.”

Together with the Linde AG’s LNG and biogas business in Scandinavia, the marine bunkering business of Nauticor has been acquired by Gasum on April 30, 2020.

“The acquisition of Nauticor is an important step in Gasum’s growth strategy and the successful bunkering of Ramelia underlines our commitment to develop the clean marine bunkering business in Northwest Europe, adding Germany to the list of countries we are active in to ensure the availability of environmentally-friendly LNG for our customers.”

"The first ship-to-ship LNG bunkering operation for a product tanker in German waters is the next milestone for establishing LNG as environmentally-friendly fuel for ships and strengthens the role of Brunsbüttel as the leading LNG hub at the German North Sea coast. We are pleased to have found a competent partner in Nauticor and we are looking forward to conducting more bunkering operations together.“