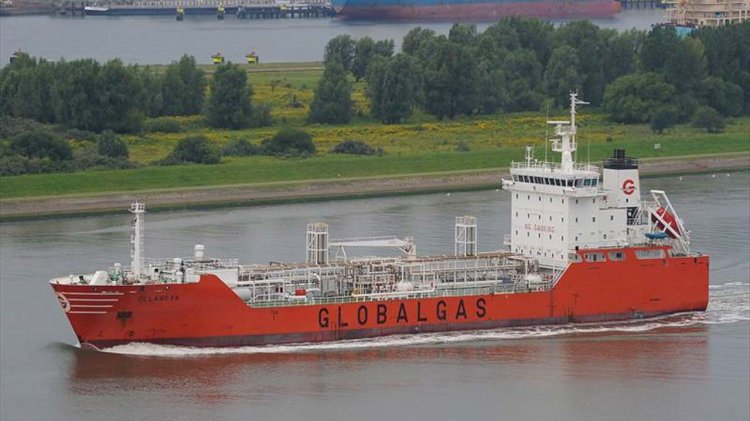 With batteries running low on their mobile phones, the crew who are trapped 13 nautical miles out at sea have been making calls for urgent assistance as the vessel is running dangerously low on fuel and diesel oil and the food, fresh water and medicines that the seafarers need to survive.

“We are strong people, but we are exhausted and now bad weather and no option to do anything if (the) vessel drag(s) the anchor. I hope Monday could be finished this and next week could be able to berth. Under the present condition is very dangerous our situation. We will survive until Monday.”

In an earlier email one crew member wrote to the ITF asking when they could get fresh food on board. She texted:

“Since February 21, when I was first informed of the case, there have been thousands of WhatsApp messages. I’m in touch with them daily. But now the ship is in total blackout.”

Crew have been sleeping on deck as there is no air conditioning, but storms on Sunday night forced the seafarers to take shelter in the dark below deck, she said. The 7600 gross tonnage MV Celanova is a Spanish flagged LPG tanker owned by GLOBALGAS SA, Madrid, Spain. The company has left the crew without pay for months and begging for vital provisions.

Alarmingly the LPG tanker was forced to discharge its dangerous cargo of Butadiene gas to another vessel on March 7, as the vessel was running out of the bunker fuel needed to keep the gas refrigerated. On December 7, the tanker broke down and lost its rudder off the Philippines coast. Ten days later it was towed to anchor in Manila Bay.

Philippines Port State Control detained the vessel on 14 February after authorities found it to be in breach of the International Labour Organization (ILO) Maritime Labor Convention (MLC) over unpaid wages following notification by the ITF.

The ITF is urgently requesting Filipino authorities to allow the ship into port to facilitate assistance from the flag state and the vessels insurers, the American Club. Local authorities have agreed but only on condition a tug is provided alongside the tanker and on standby while she is moored.

“I’ve worked over 14 years as an ITF inspector, I have dealt with many abandoned vessels so far and this is the first time someone has asked crew pay tug hire. The ship needs to be in port. The crew can’t start the engine. Something has to be done. The crew are desperate. They need fuel, fresh water, provisions, medication, safety parts.”

Some of the Spanish and Caribbean crew have been on board since August, others since November. Further exacerbating the seafarers’ plight, Spanish mortgage bank ABANCA is reportedly frustrating attempts to sell the vessel to help finance the owner’s debts.

Baz wrote to Maritime Authorities in Manila warning the ship and its crew were at enormous risk of potential anchor drift, fire on board or accident due to having no capacity to maneuver.

“The situation is seriously compromising the safety and health of a crew. They are exhausted after suffering months of enormous stress."

Despite the Philippines being a signatory to the MLC requiring governments to facilitate crew repatriation during abandonment, no action has been taken. Their plight is further complicated by the COVID-19 pandemic.  The ILO abandonment report says communications have been maintained with the ship’s owner and instructions have been given to provide food and fuel.

A flag state surveyor was on board from February 27 to March 2 to check the real situation, the ILO reported. The Spanish Maritime Administration is focused on getting crew members repatriated working together with all stakeholders including the ITF.

The Spanish government has also contacted the Philippines government requesting the ship be docked in safe port according to ILO reports.

Ship’s master Rolando Garcia Alarcon warned the ILO the ship has serious technical deficiencies.  He requested authorisation for the ship to berth, based on humanitarian and safety reasons citing the ship being without a rudder, fuel and lights. The master also reported the vessel’s chains and anchors were damaged. Garbage on deck also poses a health risk and the crew and ship especially in the case of fire, he said.

The ITF has written to the International Labour Organization requesting their intervention.

Turku shipyard started YT-negotiations about temporary layoffs in the middle of...