The European Commission is preparing a plan to accelerate the ecological transition of the bloc’s fisheries and decarbonise the sector as it deals with the current energy crisis. 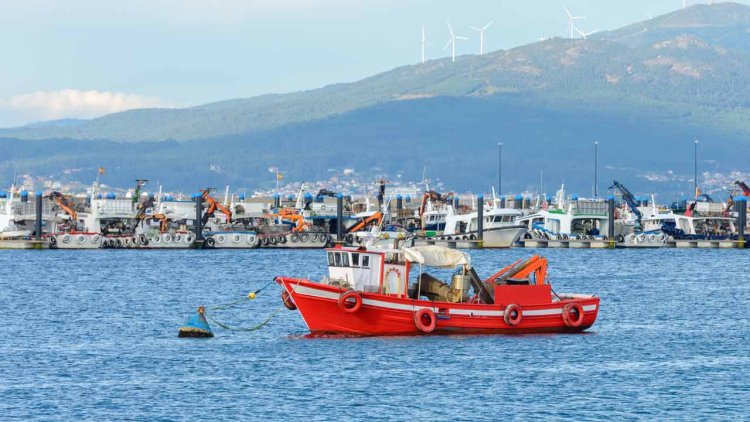 The rise in fuel prices as a result of the war in Ukraine is having ‘catastrophic consequences’ on EU fisheries, to the point of threatening the sector’s ‘viability’, European fisheries Commissioner Virginijus Sinkevičius told the EU-27 ministers at the Agrifish EU Council.

Each time marine diesel goes up by €0.10, the profitability of the EU’s fisheries sector decreases by an estimated €188 million – half the cost of the ships’ operations – according to the Commission’s estimates.

Though the sector was able to benefit from the swift rapid release of state aid and the European Maritime Affairs, Fisheries and Aquaculture Fund (EMFAF) to fend off fuel price increases, Sinkevičius believes the solution lies in remedying the sector’s dependence on fossil fuels.

“We need a strategic and systemic transition to ensure the resilience of our sector. This is essential if we are to achieve our Common Fisheries Policy (CFP) objectives and ensure a viable and sustainable business,” said the Commissioner.

Greek agriculture minister Georgios Georgantas said that the consequences are also “catastrophic from a socio-economic point of view for small-scale fishermen”, which make up a sizeable part of the sector.

However, price increases are taking an even heavier toll on larger, more fuel-intensive vessels.

“The big boats that are suffering the most from this crisis must therefore make efforts as a priority to consume less and adapt their fishing techniques,” she added. 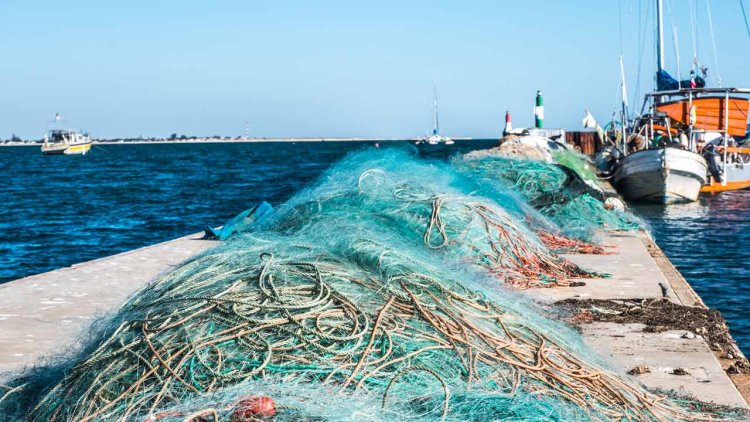 Technological innovation, according to the Commission, is how the fisheries sector will move away from its reliance on fossil fuels. Initiatives that aim to modernise the sector have already been launched in the EU.

In Brittany, the first French electrically-powered oyster barge was inaugurated in July.

The vessel “is powered by two 70 kW electric motors and has two 40 kWh batteries,” Yannick Bian, the shipyard’s manager, told Ouest France following the project’s launch.  Soon the vessel “will be able to be fitted with a hydrogen kit”, he added.

At the same time, there is an increasing number of hybrid ships running on diesel-electric engines, with some in Dutch waters boasting carbon emission reductions of up to 60% compared to diesel engines.

But despite these efforts and significant improvements on the energy efficiency front in recent years, progress remains too marginal.

“There is not enough awareness, not enough coordination” between the various players, said Sinkevicius.

To accelerate and boost the fishing industry’s decarbonisation, the Commission presented three other areas of focus.

Besides fostering technological innovation, the Commission calls for a “strong commitment” from all stakeholders, including companies, NGOs, fishermen, engineers, and boat manufacturers, as well as easier access to finance and a qualified workforce.

On 7 November, the Commission opened the consultation phase with all the stakeholders to gather feedback on a future coordinated action at the EU level to support and provide a greener perspective to the fisheries sector.

France welcomed the initiative, said the Secretary of State for the Sea, Hervé Berville, who himself advocates for a “decarbonisation shock”.

The energy transition will make it possible to “develop the local economic fabric and fight against illegal fishing” he said, noting that these issues are “exacerbated” in the French overseas territories.

Moreover, Berville pointed to the current Common Fisheries Policy and the EAGF being insufficient to address the EU’s ageing fisheries fleet, as 65% of boats are more than 25 years old.

Also in favour of the initiative is Spanish agriculture minister Luis Planas, who said the proposal will be made a priority for when his country takes over the six-month EU Council presidency in the second half of 2023.

“It will not happen overnight,” warned Sinkevicius, noting that the proposal will allow us to “emerge stronger” from this crisis and achieve the objectives of the Green Deal.