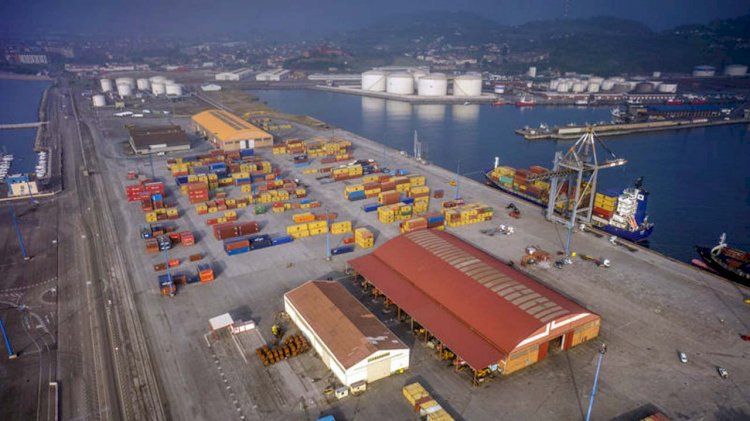 Together with Containerships (CMA-CGM group), APM Terminals Gijon has formed an eco-friendly logistic chain connecting major Spanish cities to the UK and Ireland.

Block trains connect APM Terminals Gijon with Seville, Murcia, Valencia, Barcelona, Zaragoza, Madrid and Burgos up to twice a week. Scheduled to arrive at APM Terminals Gijon in time for a Friday departure, the vessel will arrive in Liverpool, UK on Monday and Dublin, Ireland on Tuesday. The service is suitable for all types of containerized cargo, including hazardous cargo.

“In addition to the clear environmental benefits offered by this service, customers can also cut the time to UK and Irish markets from Spain, compared to shipments made from other Spanish ports.”

Each block train has a 52 TEU capacity and the potential to remove up to 26 trucks from the road. As well as reducing traffic congestion, the diesel locomotives used for this block train service are, according to statistics published by the Association of American Railroads, estimated to be three to four times more fuel efficient than diesel trucks and lower greenhouse gas emissions by up to 75% compared to trucks.

APM Terminals Gijon is equipped with a 450m on dock track for fast and efficient loading and a separate rail yard with two 350m tracks for optimum flexibility. In the future, the service has the capacity to scale up to a daily service for the cities currently served.

The new certification applies to the entire range of Ecochlor ballast water management...

The newbuild 85-tonnes bollard pull tugs will be delivered by Damen in December...