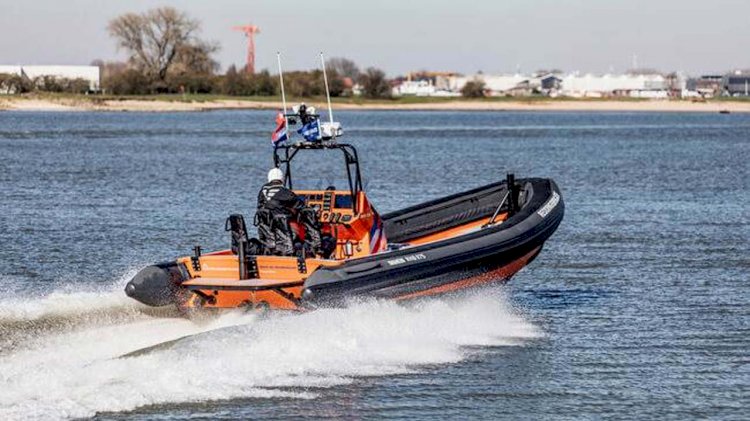 Damen Shipyards Group has recently delivered a new lifeboat, a Damen RHIB 975 Inboard, to the Naarden Lifeboat Brigade (Reddingsbrigade Naarden). Following a training period, during which the crew will familarise themselves with the new vessel, the Damen RHIB will conduct rescue operations on the Gooimeer, IJmeer and southern Markermeer lakes in the Netherlands.

The lifeboat has been made available to Naarden Lifeboat Brigade by a donor. Damen Shipyards Hardinxveld, where the RHIB was built, fully supports the initiative and has itself been partly involved in the sponsorship of the project. The brigade is a voluntary organisation that does not receive any governmental subsidies. It is, therefore, dependent on the support of such donations for its continued existence. 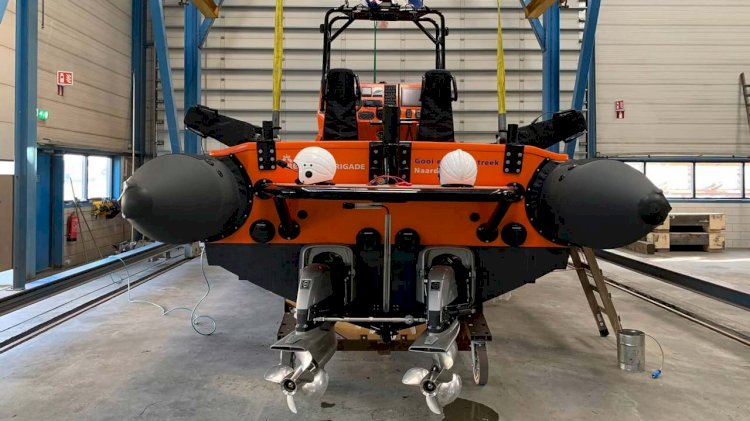 The Naarden Lifeboat Brigade provides a highly important service and has, so far this year, experienced 40 call outs. With this delivery, the lifeboat brigade has two operational lifeboats, thus ensuring that it is at able to provide assistance at all times, even when one vessel is undergoing maintenance. The new vessel is based at the Naarden Marina, from where it will perform search and rescue operations to watersports enthusiasts and commercial shipping alike.

Damen has delivered a customised vessel, designed specifically for the Naarden Lifeboat Brigade. The RHIB 975 is 9.75 metres long with a beam of 3.3 metres. It has two Volvo Penta D6 inboard engines, each offering 370 HP. With such propulsion the lifeboat can operate at speeds above 50 knots. 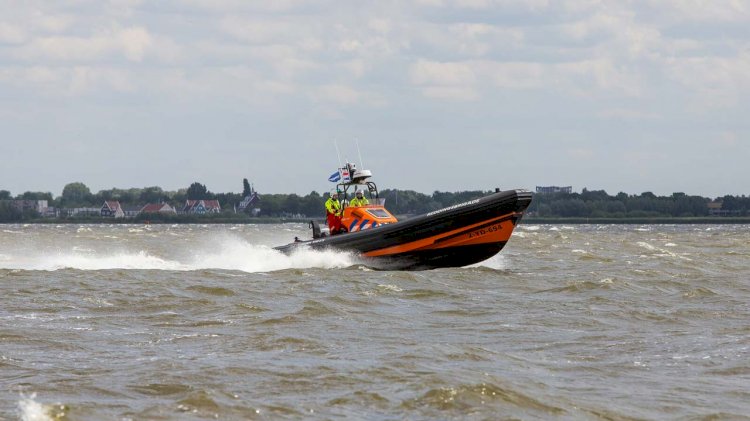 Other requirements were for ample deck and storage space in order that the vessel can easily transport the equipment necessary to save lives. The RHIB can accommodate four lifeguards and in the region of 25 rescue personnel. The crew are comfortably seated on Ullman Biscaya suspension jockey seats featuring ‘stay on’ cordura covers and rubber coated grip handles for extra safety.

Damen also outfitted the RHIB with David Clark intercom communication, installed in the helmets worn by those on board. The vessel is equipped with modern communications and navigation systems to optimise its search and rescue capabilities. A dedicated towing bollard provided with a towing line on astorage drum ensures the RHIB’s ability to tow yachts in the event of engine failure or running aground. An additional feature is pre-heating on the engines. With this, the RHIB is ready to go immediately, whenever a call out is received.

The lifeboat is named Promers, after Bastion Promers, part of the distinctive fortifications of the historic city of Naarden. 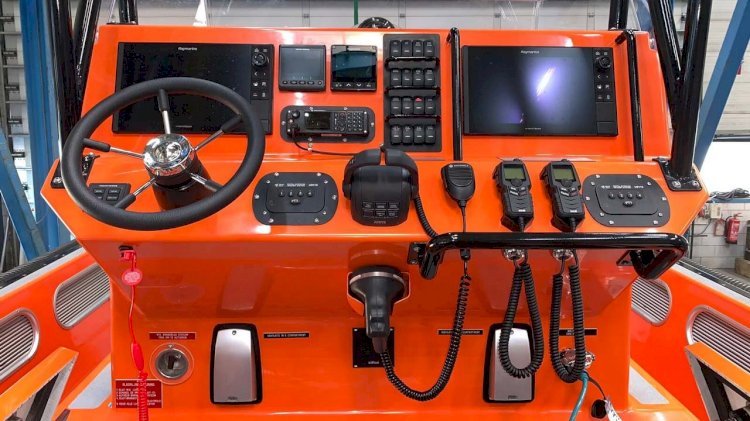