BMT have designed the new 27m vessel specifically for operations and maintenance of the Akita and Noshiro offshore wind farms, in the Akita Prefecture region of Japan. 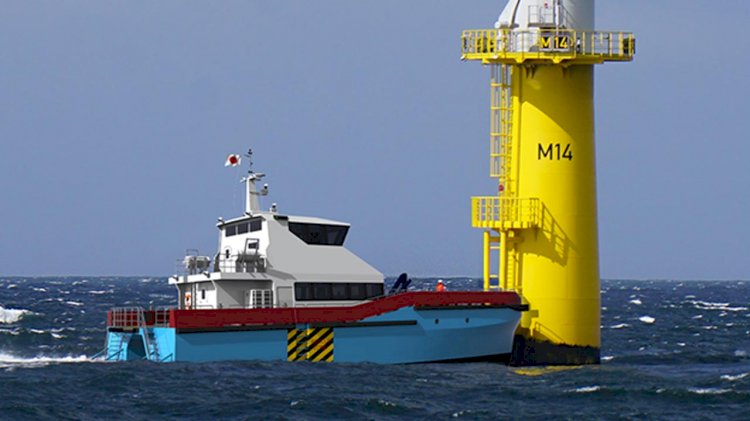 The optimised design for a windfarm support vessel (WFSV) under the Japanese flag adds to BMT’s expanding portfolio of WFSV’s operating worldwide and establishes a presence for BMT in the country’s fast-growing offshore wind sector.

BMT have recently designed their first two WFSV’s, specifically designed for operation in Japan. Currently in build by Cheoy Lee Shipyards at their Hin Lee (Zhuhai) Shipyard facility, the two 27m WFSV’s add to BMT’s growing portfolio with the shipyard.

BMT have designed the new 27m vessel specifically for operations and maintenance of the Akita and Noshiro offshore wind farms, in the Akita Prefecture region of Japan. The farm is the first large-scale commercial offshore wind project in the country with an expected combined output of 139 MW. BMT undertook metocean data studies which have enabled the vessel design to be tailored to the local conditions, ensuring the manoeuvrability, performance and redundancy of the vessel are optimum for its operational environment.

“As the first utility-scale offshore wind project in Japan, BMT are pleased to secure this vessel design order and to support Akita Offshore Wind Corporation (“AOW”) in the development and operation of the Akita Noshiro Offshore Wind Farm Project.”

“As Japan progresses towards a clean energy future powered by offshore wind, BMT are ready to play our part, along with the rest of the AOW partners.”

The design is a fully classed vessel, built to Class NK rules, ensuring the highest of build standards. Fitted with BMT’s patented Active Fender System™, they are capable of carrying 12 technicians and 3 crew and will provide safe, comfortable and reliable technician transfers allowing AOW to carry out efficient operations and maintenance activities off the shores of Japan.

Powered by four engines with four waterjets, the vessel will provide good fuel efficiency during different modes of operation as well as unrivalled redundancy. The new 27m WFSV will travel at up to 25 knots, with a deadweight capacity of 30 tonnes to meet ever expanding O&M requirements for wind turbines. The first 27m WFSV is set to be launched in December this year, with the delivery to the operator in early 2021.

These new ships with low fuel consumption features will further reduce the company’s...