To monitor the bivalves’ activity directly in the field, the valvometer is installed inside a cage. 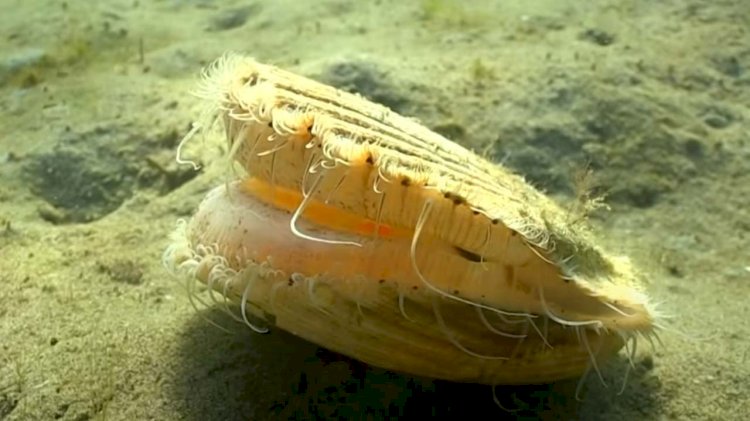 Monitoring the quality of ocean water is important, for various societal, economic and ecological reasons. But it is also costly and time-consuming, and the monitoring task itself can sometimes put humans at risk. We are looking for better ways to monitor water quality in high-risk environments.

Traditional systems for monitoring water quality in aquatic environments are rather expensive and rely on intensive exploitation of human resources to collect samples, do chemical analysis, and measure toxicity. This is especially true in the Arctic, where environmental conditions can be harsh, particularly in the winter due to low temperatures and poor availability of light. A desirable solution is to develop systems that can work without hands-on human control, either as sensors by themselves or as early warning detectors to trigger a sampling campaign.

In 2012, researchers from Akvaplan-niva AS and EPOC, a research unit of the University of Bordeaux and the French National Centre for Scientific Research, teamed up to deploy a valvometer – a device that monitors the gaping behavior of bivalves – in Ny-Ålesund, Svalbard. The aim of this deployment was to adapt this biosensor developed by EPOC to Arctic conditions in order to study how the Icelandic scallop Chlamys islandica behaves and how its biologic rhythms are adapted to the Arctic environment. A new deployment with blue mussels Mytilus sp. was carried out in 2016 to study that species’ biology. The blue mussel had disappeared from Svalbard, but due to climate warming, it has resettled since the beginning of the 2000s.

To monitor the bivalves’ activity directly in the field, the valvometer is installed inside a cage. A pair of extremely light electrodes with flexible cables are glued on each half shell. An electromagnetic current generated between the electrodes makes it possible to measure the mollusk shell opening and closing. In a typical biosensor deployment, sixteen pairs of electrodes are coupled to a waterproof box next to the animals, simultaneously recording the behavior of sixteen bivalves. 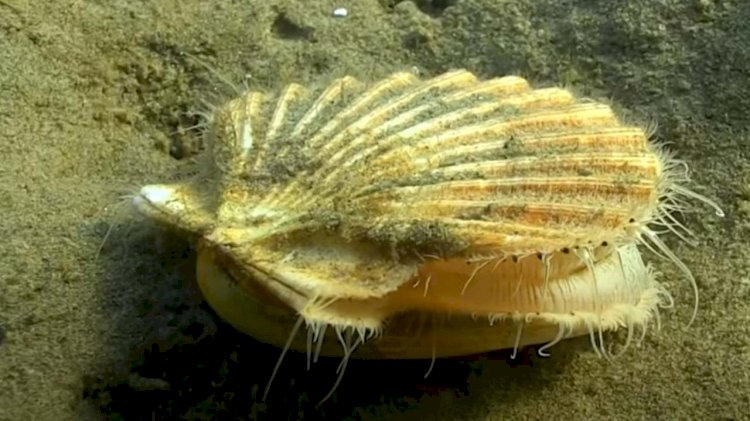 This box contains a circuit board that manages the electrodes and is connected by cable to a second circuit board at the sea surface or on land. The data are saved and digitised, and then transferred to a supercomputer. The system measures the bivalves’ opening status every 1.6 seconds.

The continuous monitoring of Icelandic scallops and, more recently, blue mussels in Ny-Ålesund is allowing to understand the baseline gaping behavior and shell growth of both species and how changes in the environment affect the species’ life cycles. A surprising discovery was that despite the lack of light during the polar night, both species continue to grow in winter, and maintain a daily cycle in their behavior.

Once researchers have characterised baseline behavior, they can study how stressors such as increased temperature or the presence of toxins in the water disturb the species’ gaping behavior. In 2020, they will expose Icelandic scallops to harmful algae under laboratory conditions, to test whether the species changes its baseline behavior. If researchers manage to record behavioral changes that can be attributed to the presence of phycotoxins in the water, they will have developed a biosensor that can be employed as an early warning system to detect harmful algae blooms in the north. Such monitoring tools are much-needed nowadays, especially by the salmon aquaculture industry.

Future projects also include testing whether the biosensor coupled with a hydrophone can be employed to study the effects of noise pollution in the sea. In this regard, this innovative tool holds promise for marine monitoring, allowing managers to assess the environmental status of marine and freshwater ecosystems remotely and in real-time.

Sanmar and Svitzer deliver power and performance to Port of Sohar