An aluminium plate-cutting ceremony was held at Austal Philippines’ Balamban shipyard in Cebu this week, to mark the occasion. 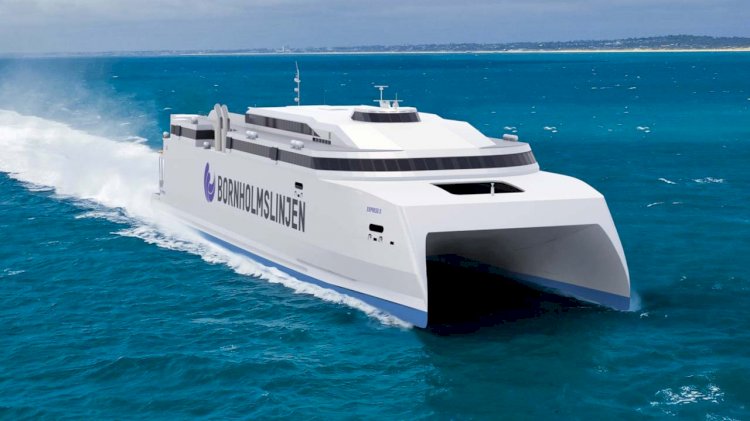 The new ‘Auto Express 115’, to be named Express 5, will be the largest ferry (by volume) ever built by Austal and is a further design evolution of the distinctive 109 metre high-speed catamaran, Express 4, delivered to Molslinjen in January 2019.

An aluminium plate-cutting ceremony was held at Austal Philippines’ Balamban shipyard in Cebu this week, to mark the occasion.

Austal Chief Executive Officer David Singleton said the start of construction on Express 5 (Austal Hull 423) was a significant milestone, not only for Austal Philippines but the Austal group, as it represents a successful global collaboration of effort to improve the speed of build, flexibility and management of workload across the Group, during the COVID-19 pandemic. He said:

“Express 5 is the biggest ferry ever constructed by Austal; and if that sounds familiar, it’s because the last two catamarans we have constructed in the Philippines and Australia, have also been our largest, at the time of construction. Molslinjen’s Express 4, Austal Hull 393, was the largest we had built by volume, in 2019. This year, Fjord Line’s FSTR, Austal Hull 419, has taken the crown as our largest vessel ever built and is progressing towards delivery in the third quarter of CY2020. Now, with Molslinjen Express 5, we’re integrating the proven capabilities from our Australian, Philippines and Vietnam shipyards to improve competitiveness, reduce build times and maintain steady employment levels.” 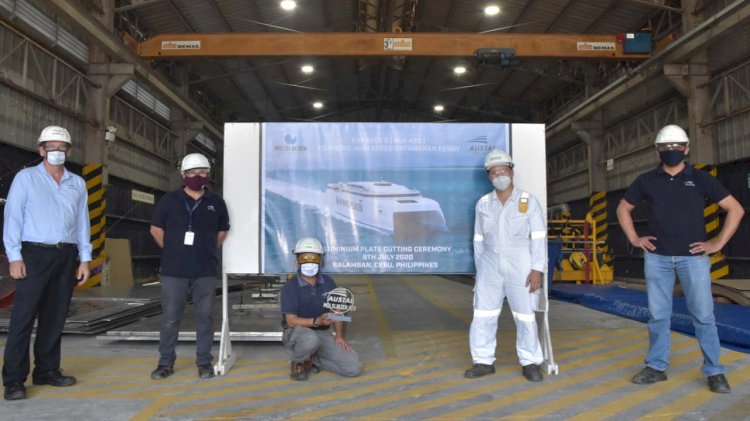 Molslinjen’s Express 5 will have capacity for 1,610 passengers, space for 450 cars (or 617 lane metres for trucks plus 257 cars) over 2 vehicle decks and an operating service speed of 37 knots. It is powered by an LNG-capable, medium-speed power plant that offers a powerful yet economic and environmentally-friendly solution. On board, passengers will enjoy leather appointed reclining seats with USB ports, Wi-Fi, a full bistro and bar(s), children’s play area and multiple audio-visual screens.

The 115 metre catamaran was designed by the same Austal Australia team who developed the signature raked-bow hull for Molslinjen’s Express 4 in 2017, and includes Austal’s proprietary Motion Control and MARINELINK-Smart systems that help deliver a smoother journey for passengers and crew and a more efficient, better performing, ‘smart’ ship for operators.

“This is the third large, high-speed ferry we have started in less than two years, including the largest ferry ever built in the Philippines – the 109 metre FSTR for Fjord Line. Following on from FSTR, and the 118 metre trimaran ferry Banaderos Express we’re constructing for Fred Olsen Express, we’re very excited to be working on the very latest and greatest for Molslinjen.”