These will be the first MAN engines in the Degage Group fleet. 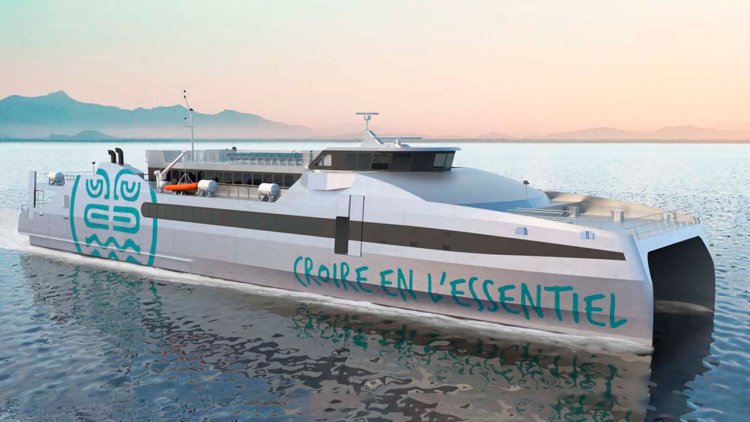 The Austal shipyard in Vietnam has ordered 4 × 16V175D-MM engines, delivering 2,720 kW at 1,800 rpm for water-jet propulsion, in connection with the building of a high-speed catamaran ferry for customer, the Degage Group.

The 66-metre, 574-passenger ferry is scheduled for delivery in the first half of 2023 and will operate as the ‘Apetahi Express’ between Pape’ete (Tahiti) and Vaitape (Bora Bora) in French Polynesia. The new ferry will have a contracted top speed of 35.8 knots and a range of 360 nautical miles.

“These will be the first MAN engines in our fleet. We are very much looking forward to working with MAN Energy Solutions, and in particular the MAN PrimeServ New Zealand team, to ensure the highest levels of engine relaiblity and economy on this very demanding route.”

“This is an important milestone for the MAN 175D as it wins the favour of yet another, high-speed ferry application, this time with the Degage Group, an acknowledged leader in commercial maritime transportation and tourism. The 175D has a number of advantages that make it eminently suitable for such a technically demanding application, including its long times-between-overhaul, and its best-in-class fuel consumption.”

ABS AiP for COSCO WTIV designed by Friede and Goldman