The new 4G LTE connectivity solution was best suited to the terminal due to its ability to meet coverage and performance requirements with bigger cell size and limited infrastructure deployment at terminal. 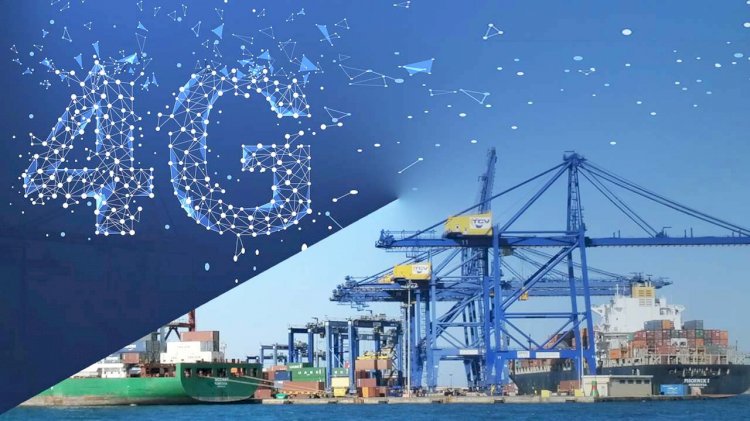 LTE network is a standards-based network that use dedicated radio equipment to service the terminals applications and services and can be tailored for more optimized performance such as low latency.

Industrial wireless connectivity has become a digital enabler for APM Terminals’ global initiatives such as the standardisation of Terminal Operating Systems, reporting and support; Asset Digitalization; and GPS based Position Detection Systems used for auto-locating containers in a yard. APM Terminals Valencia’s existing WiFi network was struggling to reliably handle increased data volumes demanded by this digital transformation, and a complete re-design was therefore needed.

The use of dedicated equipment allows it to be independent of traffic fluctuation in the wider network. Jack Michael Craig, Head of APM Terminals Global Technical, explained:

“Stable and reliable industrial wireless infrastructure is critical for all automation and digitization efforts. The foreseeable trend is that the number of applications and use cases requiring wireless capabilities will increase at terminals.”

A dedicated 4G Radio Access Network (RAN) was installed in the Terminal yard, integrating it with the existing Core (EPC) part of the public telecom infrastructure. An end-to-end IPSec Tunnel was used as an encryption mechanism to segregate APM Terminals data from general carrier data to ensure this wireless solution meets the company’s global security requirements. Telefonica Spain provided this solution with the 4G Licensed frequency spectrum they own within Spain.

Overall this is an optimized, standardized, cost effective, and security compliant Industrial Wireless connectivity solution at the Terminal to support APM Terminal’s global transformation with possibility to easily scale if there is growth in the terminal requirements. Ultimately customers will benefit from improved data, terminal efficiency and stability.

SCHOTTEL to supply a range of propulsion systems for its second wind farm service...

Once operational, the new unit, known as Train 7, will add around 8 million tonnes...