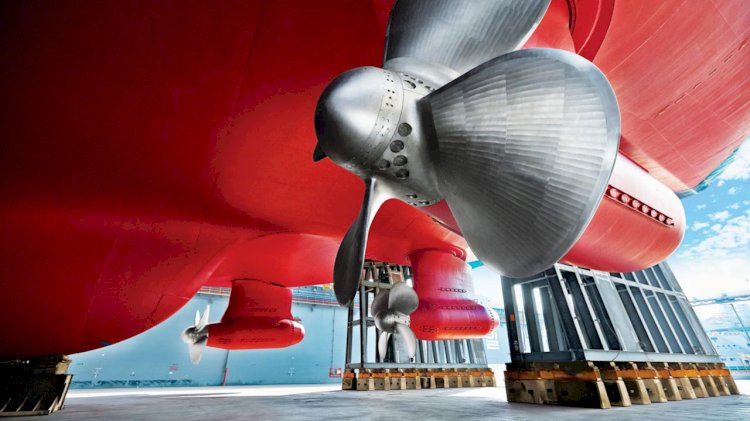 Built in less than six years and to ARC7 ice class, fifteen 170,000m3 capacity vessels have opened the Northern Sea Route to commercial gas shipping and significantly expanded the navigation period in the direction of the Asia-Pacific region and ensured year-round transportation of gas to the customers westwards.

Known for its unparalleled performance in the harshest conditions, Azipod® propulsion has become an industry standard for icegoing vessels. The Azipod® propulsion system, where the electric drive motor is in a submerged pod outside the ship hull, can rotate 360 degrees to increase maneuverability, which is particularly crucial for vessels operating in ice.

“The sheer scale of this project and the size of the Azipod® units involved make this a milestone for ABB. The fuel and emissions-saving capabilities of Azipod® electric propulsion have made it the technology of choice for sensitive arctic conditions for almost 30 years and we were delighted to leverage our experience to deliver safe and reliable technologies ahead of schedule in line with the project’s demands.”

The extensive scope of ABB solutions supplied as part of the projects also include turbochargers, generators, switchboards, transformers, electric drives and propulsion control systems. The order – one of the largest one’s ever for ABB Marine & Ports – was previously announced in Spring 2014.